“Undoubtedly, your district is suffering from unemployment, and your constituents continue to lose jobs due to the coronavirus,” said Martinez. “We need to work together to stop the hemorrhaging of jobs in Western New York, and we would like to know if you have any legislative plans to help workers in your district? We know we cannot save every company, but we are asking for your help in reaching out to Setterstix and have them reconsider their decision to move its facility to South Carolina.”

Rep. Reed responded by writing a letter to the Setterstix CEO to reconsider its decision to vacate the facility.

“Leaving this area would cause hardship on those families you would leave behind in the wake, as well as a decrease in the local economy,” said Reed. “We were glad to see Setterstix was able to participate in the Paycheck Protection Program and would encourage you to look into this program once again to help keep those jobs in our local community.”

“The IAM members working at Setterstix play a huge role in this company’s success, and the plant closure and relocation feel like a betrayal,” said IAM Eastern Territory General Vice President Jimmy Conigliaro Sr. “I applaud Senate Majority Leader Schumer and Rep. Tom Reed for fighting to protect these jobs and the community. We will continue to shine a light on companies that leave workers stuck and left helpless.”

Majority Leader Schumer also weighed in with a letter to CEO Pritchard.

“I am calling upon you and your parent company, Setter GMBH, to make good on your commitment towards job retention and to work with local officials and union personnel to continue operations in Cattaraugus,” said Schumer. “It is my fervent hope that you can work towards strengthening your company through continued commitment to your facility in Cattaraugus.”

“The Setterstix plant closure and relocation dealt another blow to the upstate New York community, said District 65 Directing Business Representative Ron Warner. “Our members worked hard and are a crucial part in making iconic candy brands. Unfortunately, this type of action is becoming the norm for so many hardworking men and women in western New York. I commend our Union, Senate Majority Leader Schumer, and Rep. Tom Reed for fighting to save our community.”

The Setterstfix facility has been operating in Cattaraugus, NY, since 1938 and is one of the largest employers in the area. The company took $571 thousand in PPP loans under the premise of saving the New York state facility jobs.

Leo Jones, a member of IAM Local 837 B in St. Louis reflects on his Machinist membership and diversity in labor. Jones has been a proud IAM member since 1987 when he hired on at McDonnell Douglas. 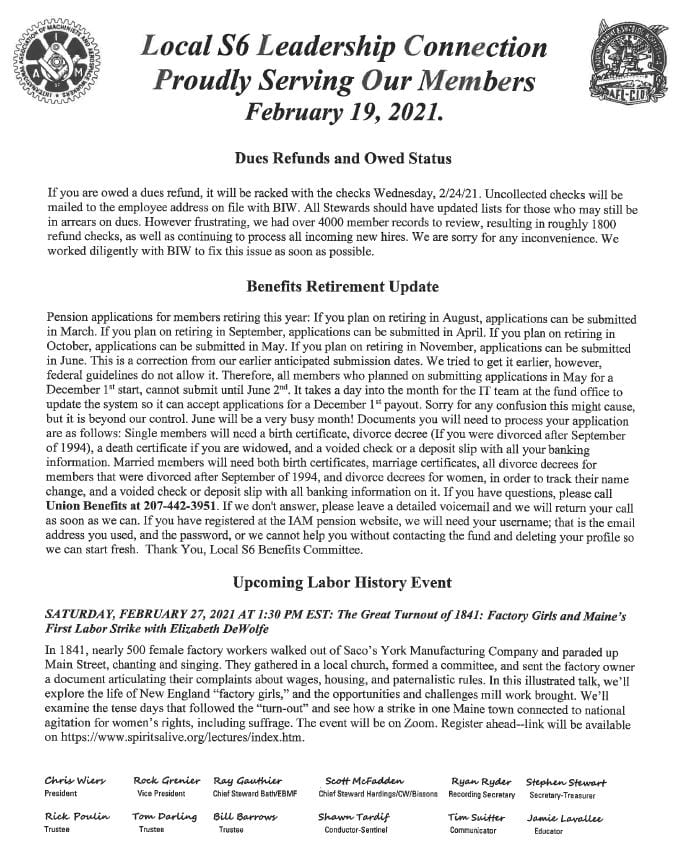 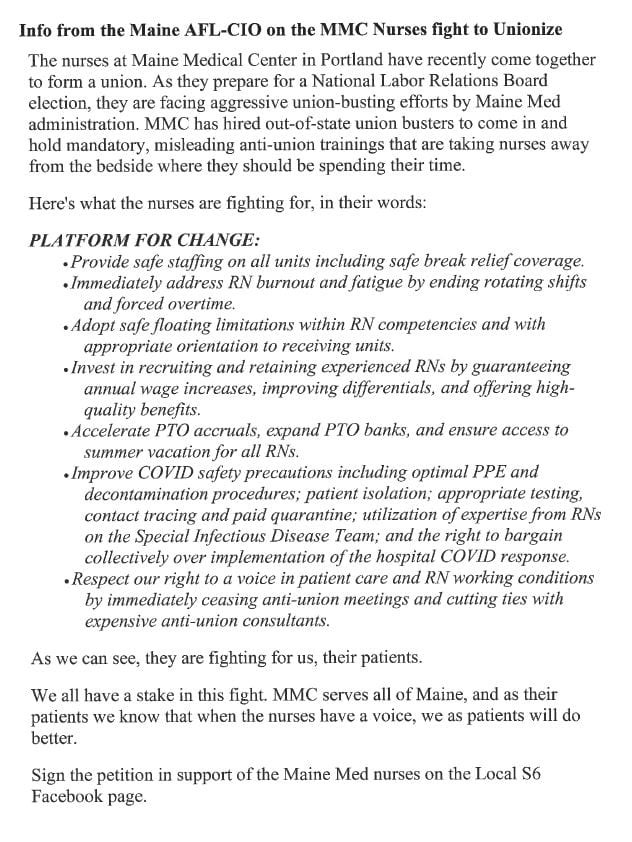 IAM International President Robert Martinez Jr. recently met with President Joe Biden and Vice President Kamala Harris in the Oval Office to discuss the IAM’s top legislative priorities, including relief for all IAM members and frontline workers in the airline, transit, aerospace, manufacturing and other industries.

The IAM continues to lead the fight on Capitol Hill for an extension of the airline Payroll Support Program (PSP) to keep tens of thousands of IAM members employed. The IAM is also fighting for relief for Amtrak and transit workers.

“Today’s meeting was extremely productive, and I was able to present our top priorities for Machinists Union members,” said Martinez. “I am very confident that President Biden will continue to push for policies that will positively impact America’s working families and create good union jobs here at home. Joe Biden understands the pride, power, and pain of America’s working men and women during this difficult time.

“During our meeting, I advocated for investment in infrastructure that will benefit American workers and communities that will use domestically produced materials, equipment and tools,” said Martinez. “I also suggested creating incentives for renovating older factories, especially with green technology. I thanked him for his initiatives on making Buy American laws stronger and his support for extending much needed economic relief to all workers, including our members in the airlines, manufacturing and transportation industries.

Today’s ⁦@WhiteHouse ⁩ meeting was extremely productive, and I was able to present our top priorities for @MachinistsUnion members. @JoeBiden and @KamalaHarris understand the pride, power and pain of America’s working men and women. https://t.co/j8zkfPipiP

After an unprecedented year,@IAMBobMartinez emphasized to the White House that workers, especially airline, manufacturing and transportation, need economic relief.@POTUS understands the pride and pain the American working class is living with right now.https://t.co/4gbOzBVEKV

IAM members have played an essential role in Mars exploration missions for over two decades. The latest mission of the long-awaited landing of NASA’s Perseverance rover is no different. IAM members helped launch the Perseverance rover on the IAM-built United Launch Alliance’s Atlas V rocket from the Kennedy Space Center in Cape Canaveral, FL, on July 30, 2020.

According to NASA, the exploration mission’s purpose is to seek signs of ancient life and collect rock and soil samples for a possible return to Earth. This historic landing will be one of the most difficult Mars landings attempted.

The Perseverance rover will spend at least two Earth years (equivalent to one Mars year) exploring the Red Planet.

Watch as @NASAPersevere makes entry, descent and landing on the Mars TODAY – broadcast starts at 2:15 EST. #IAM Proud that Machinists have always been part of the space race. https://t.co/4B9rZffBHC