The 197-foot tall Atlas V rocket was built by IAM Local 44 members at ULA in Decatur, AL, and is in final preparations to launch Boeing’s CST-100 Starliner spacecraft on the second Orbital Flight Test (OFT-2) to the International Space Station (ISS).

This will be the 145th mission for United Launch Alliance and the 88th Atlas V launch. Since ULA was created in 2006, it has completed all of its launches with a 100 percent mission success rate – the only U.S. launch provider to do so.

The International Association of Machinists and Aerospace Workers (IAM) joined a coalition of  labor organizations to call on Congress to support the “Fair and Open Skies Act” introduced by US Representative Peter Defazio (D-OR). The legislation, among other things, would give the Department of Transportation (DOT) the authority needed to protect the wages, benefits and working conditions of US aviation workers by not permitting foreign airlines to operate in the US if such carriers utilize a “flag-of-convenience” business model, which has shown to undermine US aviation workers’ terms of employment and distort market competition.

“The Fair and Open Skies Act, would give the DOT the authority it needs to protect wages and working conditions,” said Richard Johnsen, IAM Chief of Staff to the International President. “To avoid important employment, tax and safety regulations of its home country, or otherwise undermine labor standards also undermines the American Aviation worker. This pro worker legislation will protect against that.”

The Fair and Open Skies Act has been introduced as the latest foreign carrier to utilize the flag-of-convenience model, Norse Atlantic Airways, the successor to the recently extinct Norwegian Air Shuttle, plans to begin US operations this December. 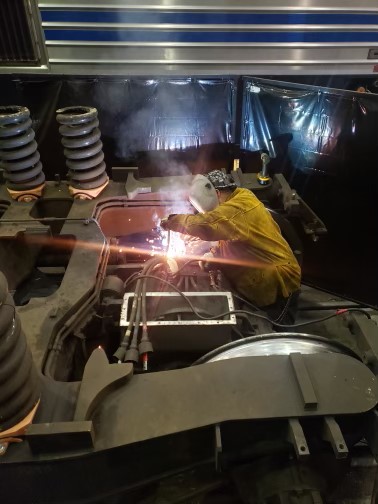 IAM District 19 recently ratified two new agreements with Metro North and Long Island Rail Road. The new contracts are the result of the lobbying efforts of the IAM, several other transportation unions and members from around the country.
Because of this lobbying, the IAM has retained all the positions at Metro North and Long Island Rail Roads and now have ratified two contracts that brings IAM members current on wages and back pay. The MTA, the parent agency of both of these commuter railroads, received $14 billion to use for operations and maintenance through these lobbying efforts.

“This is great news for our members working for these commuter rail carriers,” said Chief of Staff to the International President Richard Johnsen. “Our Legislative Department, staff and members have continued to fight for increased funding during these difficult times and it is great to see it come full circle in the form of a contract for our members. This is great for the workers and great for the riders who depend on them to keep these commuter trains moving.”
“Our members have worked tirelessly during the pandemic, and I’m proud to say their union has worked tirelessly for them,” said District 19 President J. Michael Perry. “They deserve to get some good news in the form of a contract. This is the very reason we lobby our representatives, so our members don’t get left behind.”
“I am proud to report this good outcome at a time when most of what we hear is bad news,” said District 19 Directing General Chairman and Assistant to the President Andrew Sandberg. “This is only one way our members have benefited from our involvement in politics. When asked why we involve this union in politics, this is the reason; to help our members get the dignity and respect they deserve at work.”
“We worked harder through the pandemic due to increased safety measures and the fact that at times, some members and fellow workers were sick or quarantined,” said IAM Local 226 President Gabriel Debraz Jr. “Now that it seems we are recovering, we’re happy to know that we will be getting the back pay and raises we deserve while going right into the negotiations.”
“NY was hit hard with Covid-19,” said IAM Local 753 Vice President T.J. Donohue. “We weren’t sure what to expect. Most of our workforce was working from home in the worst part of it, not the IAM. We came to work every day. We kept the railroad running so that other essential workers could get to work like doctors and nurses, Firemen and EMS along with Police in New York City and the surrounding area. We seem to have reached the end of it now. We’re happy that our Union was working for us and the MTA in Congress getting us the money we need to operate and keep our jobs. Included in that funding was a contract with back pay, thank you IAM.” 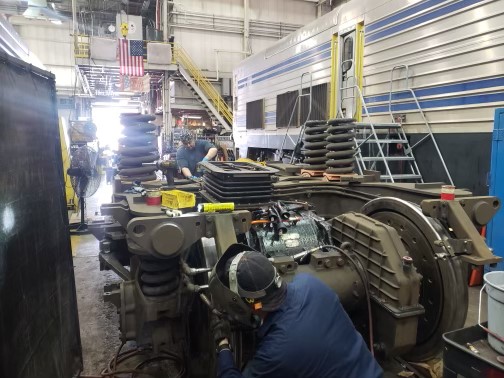 “Coming out of the worst time in all of our careers, a time all MTA agencies are experiencing at least a 75 percent loss in ridership, we thought it would be business as usual and they would keep the money received in federal bailouts while we experience furloughs,” said Local 754 President David Negus. “We’re happy to see that this contract was brought to us, not just by our essential work throughout the height of the pandemic but also from the IAM’s political work on Capitol Hill.”
In May 2020, the IAM and other transportation unions sent a letter  to congressional leaders calling for increased public transportation funding in future relief packages.
“It has become clear that this ongoing crisis is much more costly than previously anticipated, and that public transportation will need another significant infusion to remain operational for the foreseeable future,” the letter states. “Fifteen of the largest public transit agencies in the country recently sent you a letter projecting deficits as high as $8.9 billion due to lost farebox receipts, decreased tax revenue, and increased costs associated with the pandemic.”
This scenario reflects the unprecedented conditions brought upon by the global pandemic. Both carrier’s finances were decimated while IAM members continued to work and made the necessary changes to keep riders, management and themselves safe.

It’s never too early to prepare for future working conditions. Members of IAM Locals 837A and 837B in St. Louis learned best practices for Boeing negotiations next year. The William W. Winpisinger Education and Technology Center’s Field Negotiations Preparation course is one of the most popular classes offered to locals across North America and taking it on the road has been extremely successful.

“I think the instructors are very knowledgeable in what they’re teaching,” said Jason Miles, IAM Local 837A President, “and I believe we’ll be well-prepared to go to the negotiation table.”

Larry Hunter is an IAM Boeing Plant Chairman who has been with the company since 1975. “Without this course, we’d be 100 percent lost,” he said. “We would be at the mercy of whatever the company put across the table. You can never have enough education.”

The Winpisinger Center works with several departments at IAM Headquarters, including Strategic Resources, Legal and Communications to amplify the importance of the roles of members, stewards and negotiating committees.

“I think it’s putting all the tools in the bargaining committee’s hands to make gains for our members and get what they’re owed,” said Chad Stevenson, also an IAM Boeing Plant Chairman.

By the end the week-long course, the bargaining committee developed a plan to ensure that members get a fair contract – one that recognizes the critical role they play in the company’s success. The current Boeing contract expires July 24, 2022.

“Congratulations to the members of IAM Locals 837A and 837B on completing this important step in the Machinists Union’s collective bargaining process,” said IAM Midwest Territory General Vice President Steve Galloway. “The Negotiation Prep program continues to be one of our union’s standout programs. The tools learned throughout this week will go a long way towards ensuring a strong and effective contract at Boeing St. Louis.” 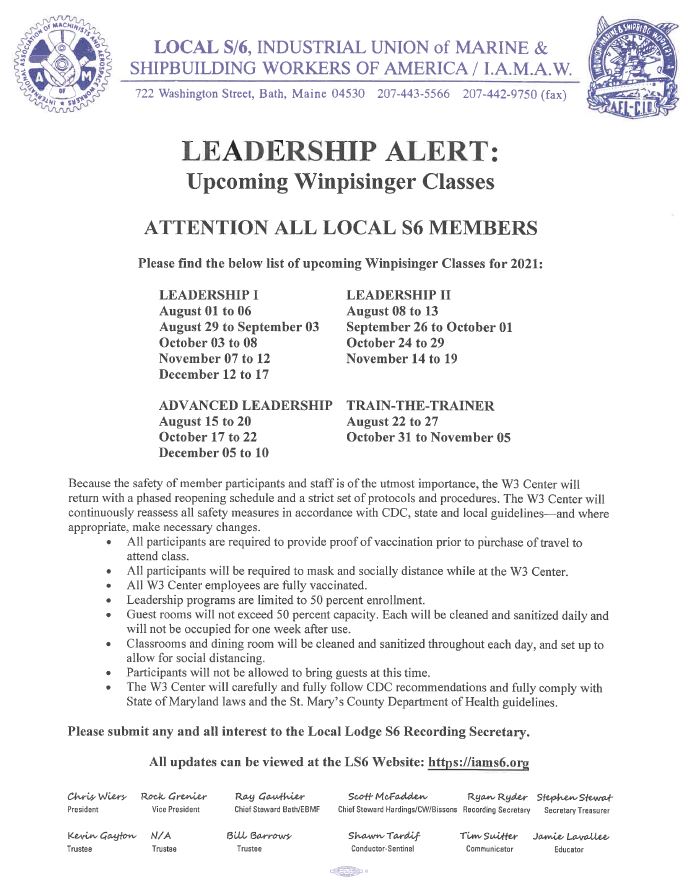