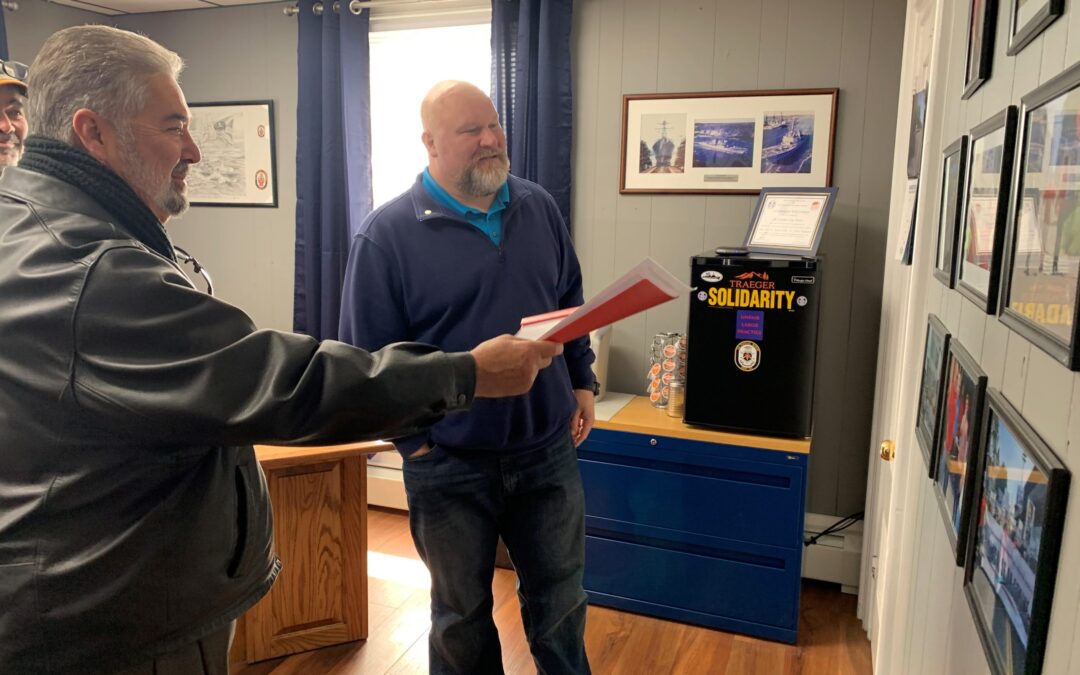 At Local S6, whose members proudly build destroyers for the U.S. Navy, a joint schedule recovery committee between the union and company management, which was implemented by the new collective bargaining agreement, has made significant strides for members.

Grievance and arbitration backlogs have significantly decreased. The joint committee is also formally reviewing all mechanics at the shipyard to ensure they are properly compensated for their skillset, resulting in pay raises for many members.

“Our members at Local S6 and S7 continue to make our union and the entire labor movement extremely proud,” said IAM International President Robert Martinez Jr., who recently visited the locals with IAM General Vice President Brian Bryant, a former Local S6 president and BIW pipefitter. “They have shown the world what solidarity looks like and take so much pride in their mission for our men and women in uniform. I’m so grateful for the leadership of Locals S6 and S7, District 4, the Eastern Territory and the many departments at the IAM Grand Lodge for what has been accomplished before, during and after this historic strike.”

Martinez and Bryant also met Local S6 member Garrett Bailey, who was critically injured in a January 2021 on-the-job incident at the shipyard. IAM members and supporters from around the nation have raised more than $60,000 for Bailey’s recovery.

Local S6 is also helping to implement incentives to rehire employees and attend job fairs to attract new members to the shipyard. The Local has also increased training opportunities for stewards, made technological advancements in communications and is in the process of remodeling the interior and exterior of its lodge.

“As a proud member of Local S6, it is tremendous to see what solidarity has accomplished for our membership, the community and the entire state of Maine,” said IAM General Vice President Brian Bryant. “In the midst of a pandemic, our members banded together to fight for good Maine jobs. Generations of Mainers will remember that moment and the successful fight we won.”

As a part of its new contract, Local S7 members will get a 3 percent pay raise each year for the next three years, an increase in accident and sickness benefits and other improvements. Local S7 negotiators credited the gains to the accomplishments of Local S6 members during their 2020 strike, which resulted in resolving issues around subcontracting, work rules and seniority.

“I salute the members of Local S6 and S7 for their strength and solidarity,” said IAM Eastern Territory General Vice President Jimmy Conigliaro Sr. “Our union never backs down from fighting for what’s right, and they are now seeing the benefits of their solidarity. I’m so grateful for the Local and District leadership, as well as our staff in the Eastern Territory for everything they’ve done for our membership.” 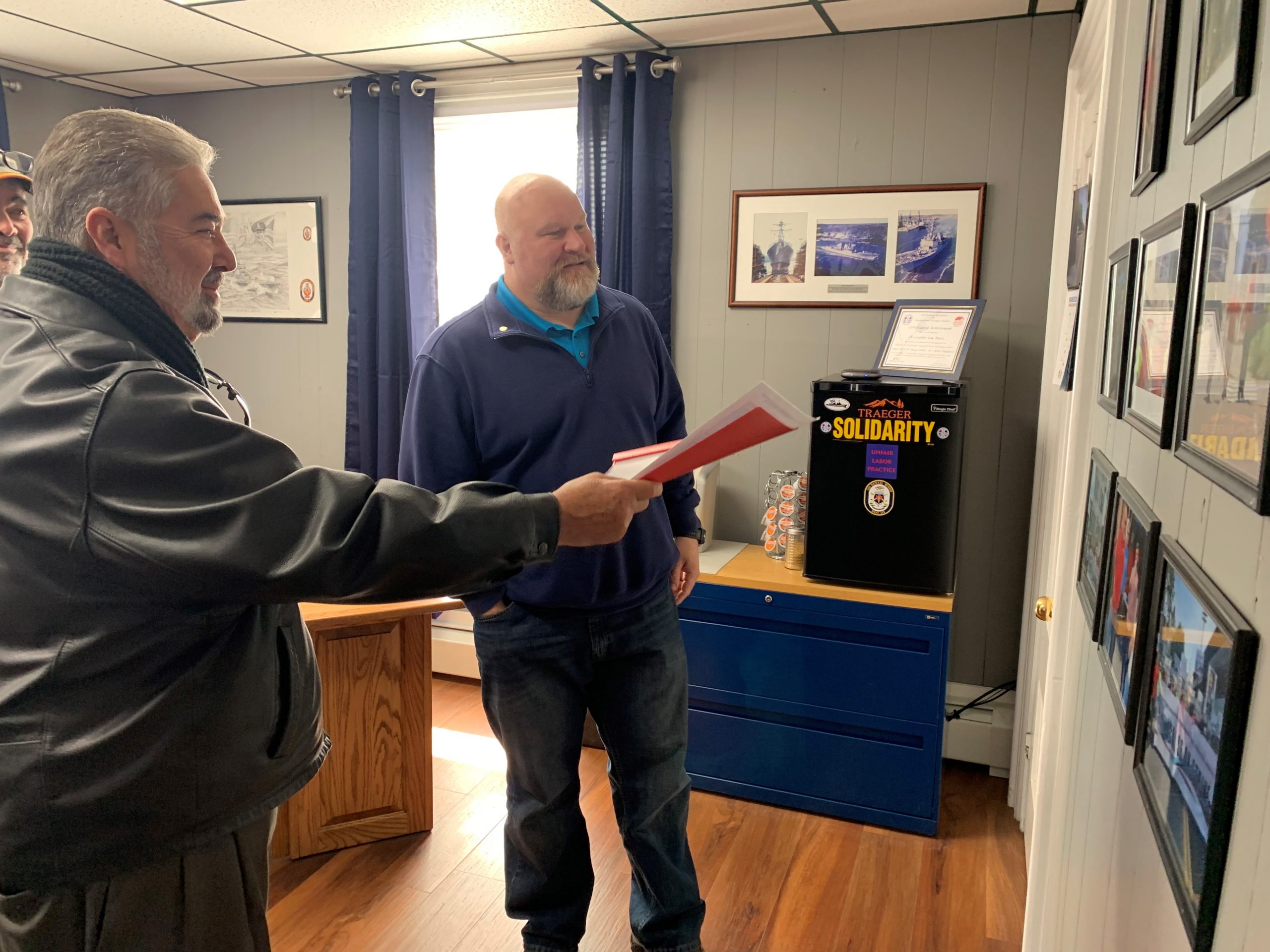 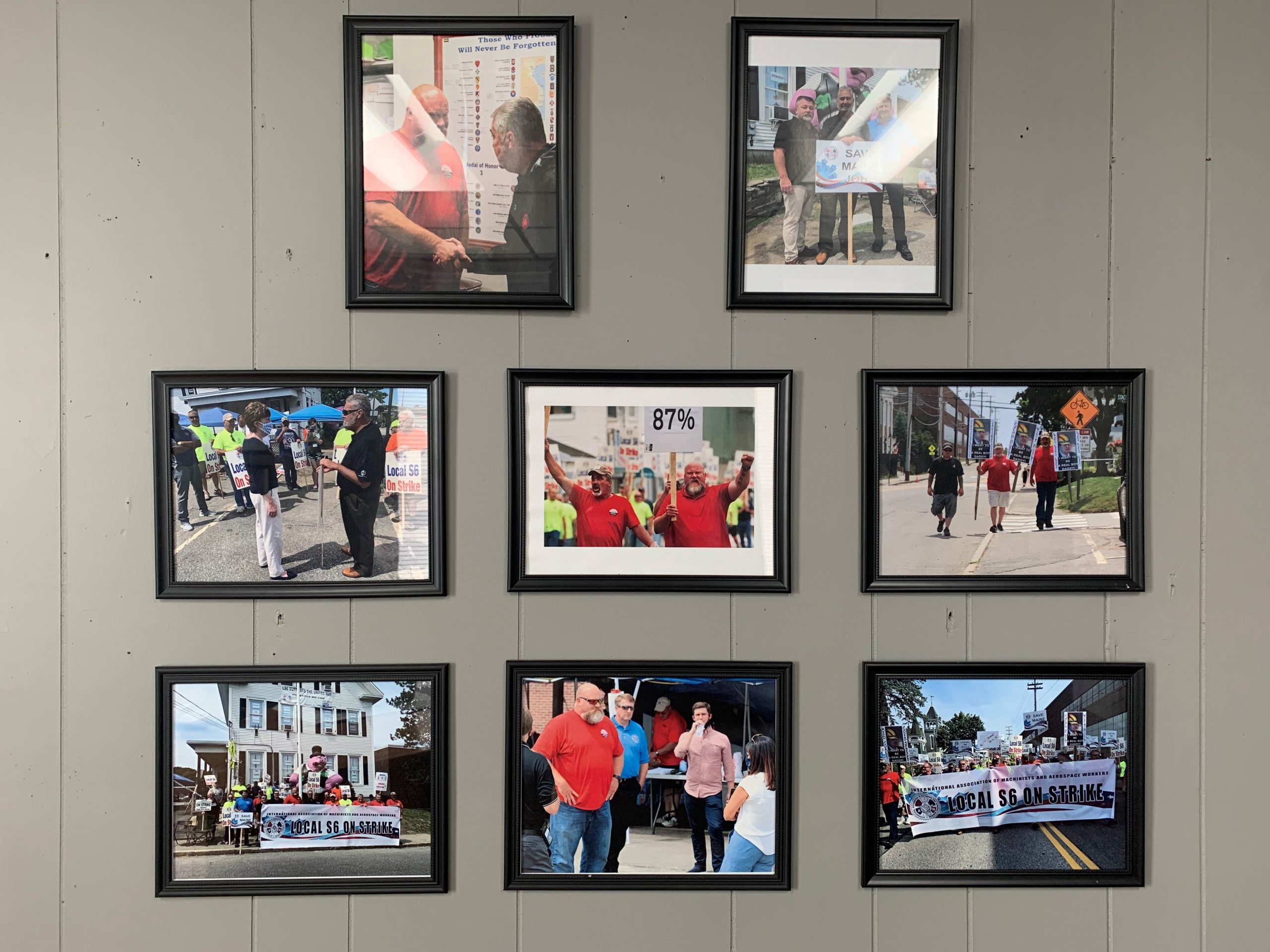 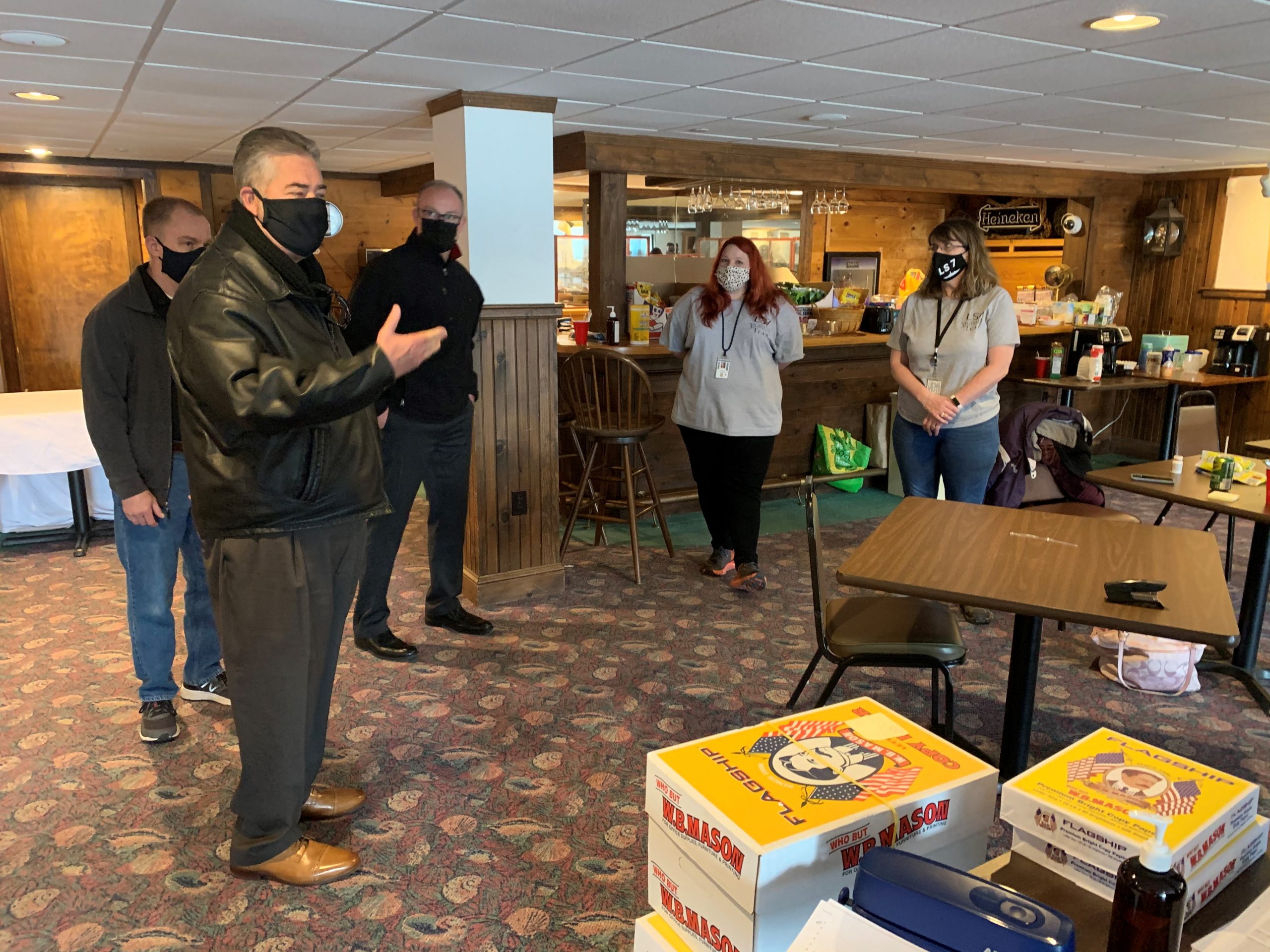 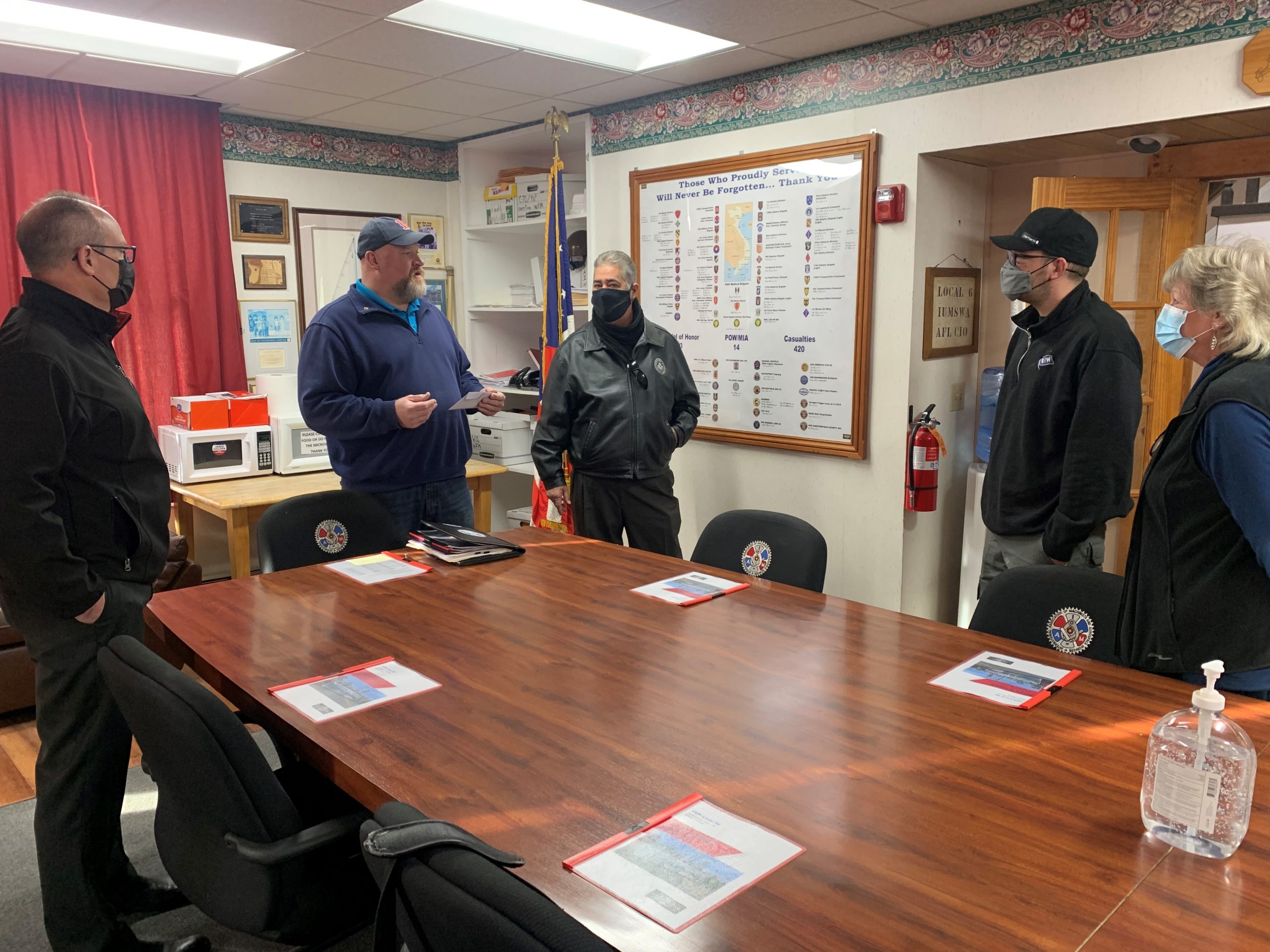 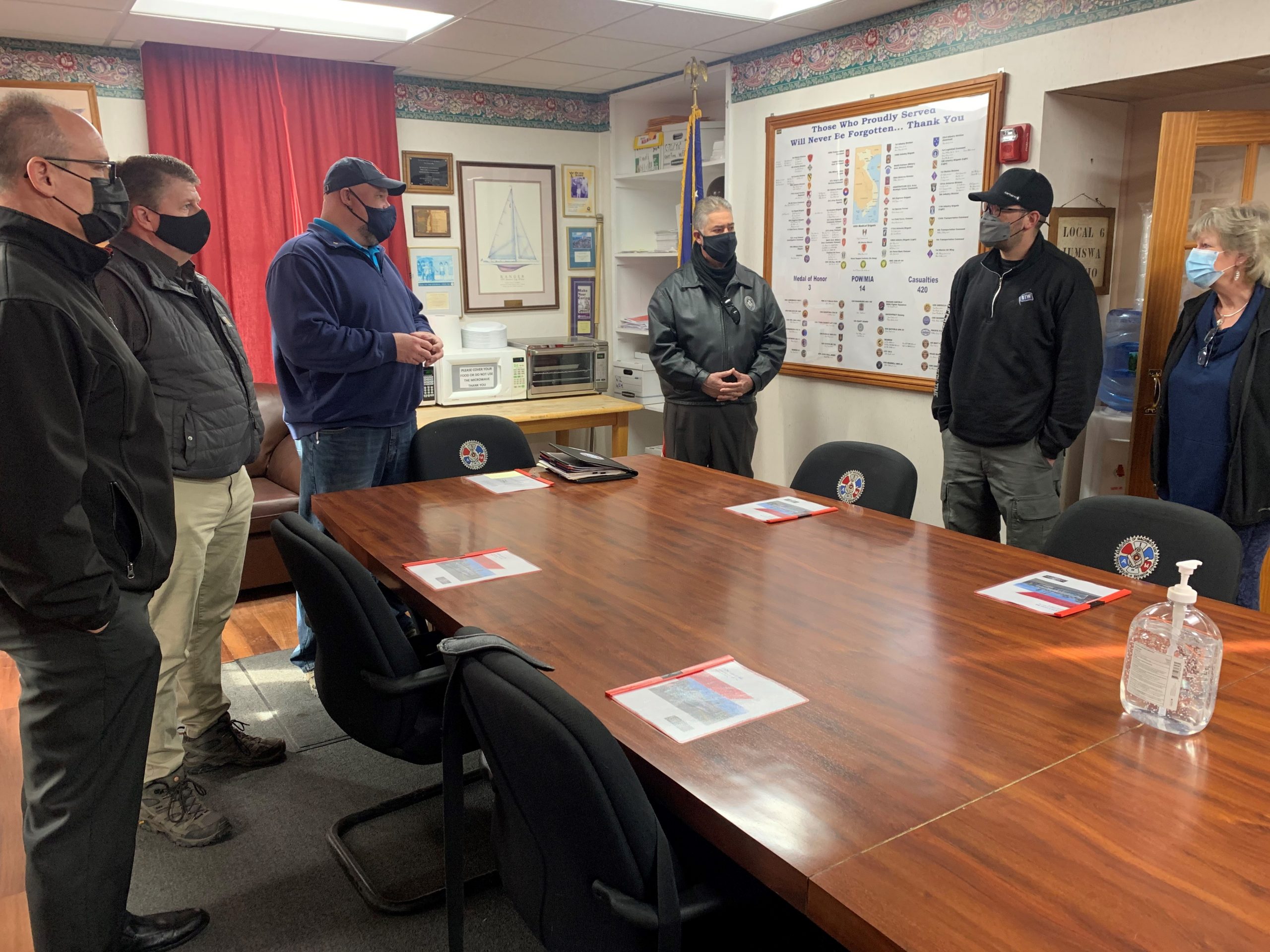 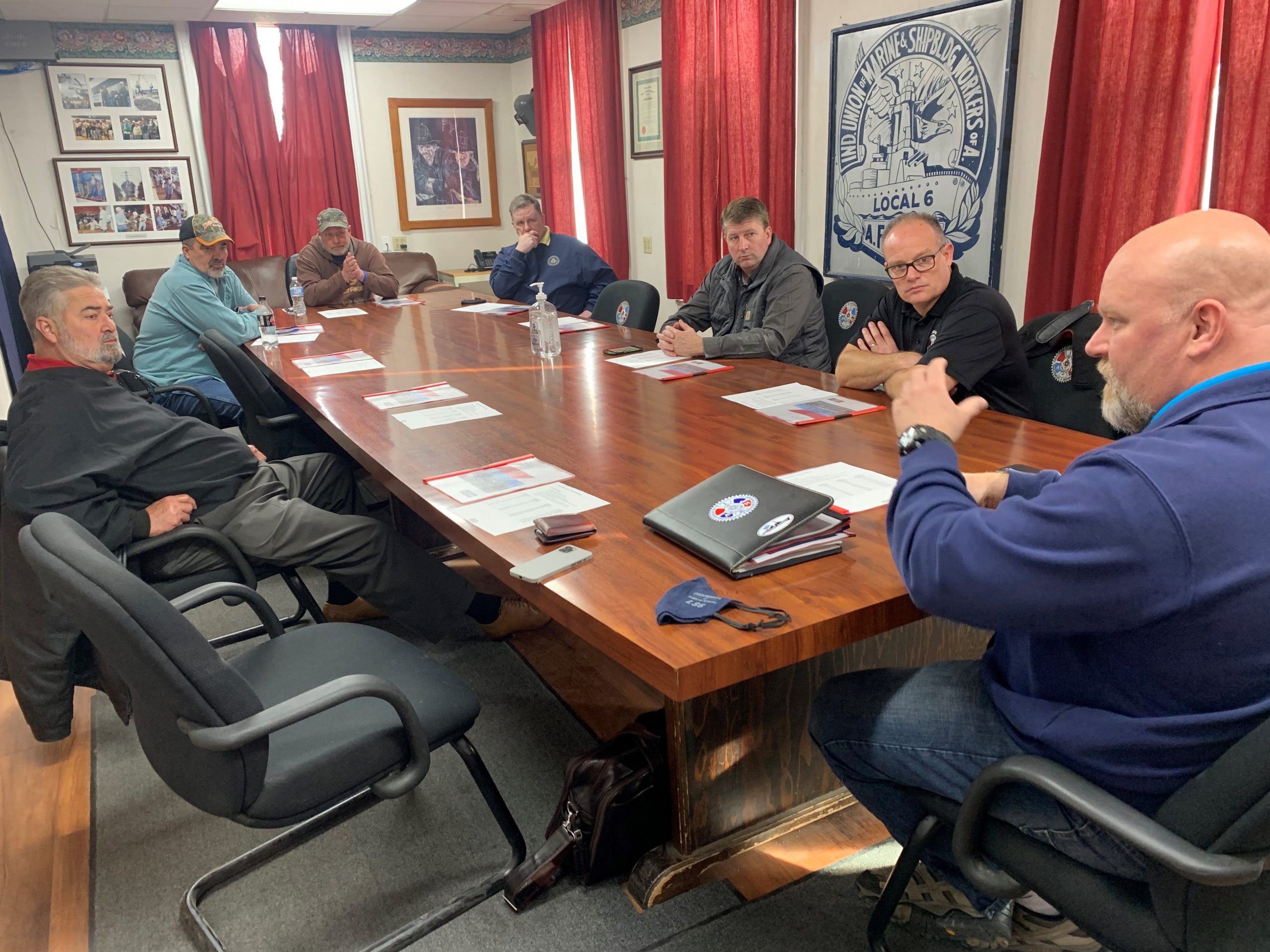