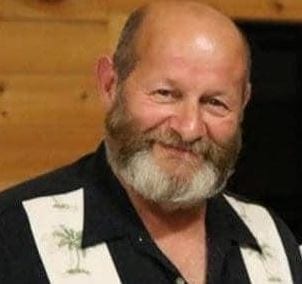 “Yesterday- 2/25/21- our beloved brother Ronald Shaunesey passed away. Ronald was a Morse graduate and Local S6 member with almost 43 years of service at Bath Iron Works. Ronald touched the lives of so many of us at the shipyard through his kind words, actions, and spirit. He was a great man, who’s strong and kind-hearted personality will stay with us forever as we share our memories of him for years to come. Our hearts, prayers, and thoughts are with his family and friends.”

IAM International President Robert Martinez Jr. sent a letter to members of the House requesting their support for the American Rescue Plan recovery package and opposition to any anti-worker amendments to the bill.

The American Rescue Plan will provide much-needed assistance to IAM members and working families during one of the most challenging periods in American history. This legislation is scheduled to be voted on in the house tomorrow.

TAKE ACTION: Tell your Senators and Representative to support the American Rescue Plan

“The recovery package includes vitally important aid to struggling industries which will allow employers to avoid furloughs and call back workers who have already been laid off,” said IAM International President Robert Martinez Jr. “The package includes an extension of the very successful airline Payroll Support Program (PSP), which will help keep tens of thousands of our members employed as the air travel industry gets back on its feet.”

The package also includes the following relief measures, fought for by the IAM:

We strongly urge @USCongress to protect the Machinist members who stood on the front lines during this pandemic by passing the #AmericanRescuePlan . They took care of us during #COVID , now it’s our turn to take care of them. #1u

Read the IAM’s letter urging members of Congress to vote “Yes” on the American Rescue Plan recovery package and oppose any amendments to weaken this well-constructed recovery package.

104 IAM members from DynCorp, who perform aircraft maintenance on the CLS Transport Program for the government, this week overwhelmingly voted to ratify a fifty-month master agreement.

“It was great to be back in my neck of the woods assisting the Southern Territory with these negotiations,” said IAM Aerospace Coordinator Tony Wirth. “I want to thank IAM Aerospace General Vice President Mark Blondin and Chief of Staff Jody Bennett for coming to the contract opener and assisting with the negotiations. I congratulate our negotiating committee and members for their solidarity while battling through unprecedented times to ratify this agreement.”

IAM DynCorp members, who are spread across 15 sites in the Southern Territory, had to fight through numerous weather delays to ratify the agreement.

Since DynCorp CLS agreements cover four IAM territories, negotiations will continue for the other territories.

When the IAM Used Sports to Break Racial Barriers

As Black History Month comes to a close, we remember the IAM’s push for racial equality during the civil rights movement, a bold, transformative plan that started when the union began to recruit and train African American Shop Stewards in the 1950s.

The agenda would gain momentum in 1962 when the late IAM President Al Hayes was publicly photographed meeting with Martin Luther King Jr. in New York. By the end of the decade, predominantly African-American lodges, such as Local 2013 in Richmond, VA, were helping build a vibrant Black middle-class. But the IAM, with its progressive vision on race relations, also pushed for diversity in local sports recreation leagues, often sponsoring integrated teams in adult basketball and youth baseball.

In 1963 IAM Local 1666 members in Stamford, CT were champions of a YMCA adult basketball league. The multiracial mix of eight players–six Black and two white–were coached by Lodge Committeeman James Riley. The team’s public show of equality would occur a year before the iconic Civil Rights Act was passed.

In 1964 an adult basketball team, represented by Local 575 members in Southern California, were divisional champions in the Pasadena-area basketball league. The diverse squad, six Black and five white, which held day jobs at Advanced Structures in Monrovia, CA, built helicopter and missile components.

The IAM’s push for racial equality would also be promoted in youth baseball. Local 996 in Sidney, OH sponsored an integrated squad in 1954. The team, which was coached by Local 996 member Homer Schamp, had 11 players, two of whom were African American.

Throughout the 1960s the Machinists Union would go on to field youth baseball teams with diverse rosters. Among them, IAM Local 1875 in Rome, NY. The team would win a local Little League title in 1966. A year later James Myles, a Recording Secretary with Local 1838, helped sponsor a winning team in Geneva, NY.

The post When the IAM Used Sports to Break Racial Barriers appeared first on IAMAW .

“IAM District 837 members have once again rewarded the U.S. Air Force’s faith in them by producing on time the best aircraft for our great armed forces,” said IAM International President Robert Martinez Jr. “The relaunch of this program will provide future work and jobs for the Machinists Union. When our country needs the best workers to build aircraft to protect our country, they call on the Machinists to deliver.”

“The completion of the first two fighter jets is a testament to the hard work and diligence for which District 837 Machinists are known,” said IAM Midwest Territory General Vice President Steve Galloway. “This is only the start as this contract will provide our members with work for many years to come. I congratulate the skilled workers of District 837, IP Martinez and our Legislative team for bringing this program to fruition.”

“I couldn’t be more proud of our District 837 members for their unparalleled work in building these aircraft,” said IAM District 837 Directing Business Representative Earl Schuessler. “Special thanks to International President Bob Martinez, Midwest Territory General Vice President Steve Galloway, the IAM’s Legislative team and all those who fought for this opportunity. It was truly a collective achievement.”

In July, the Air Force awarded its first contract for the updated fighter, a $1.2 billion contract for eight jets. The contract was a result of the IAM’s congressional advocacy for Machinists Union members to build the fighter jets. In December, Congress passed a budget which includes funding for an additional 12 fighter jets, with U.S. military plans calling for as many as 144 in coming years.

Boeing has boosted employment on the F-15 line to about 1,500 direct workers, up from about 1,100 two years ago, and adding about 100 in the last few months alone to begin filling the U.S. Air Force order.