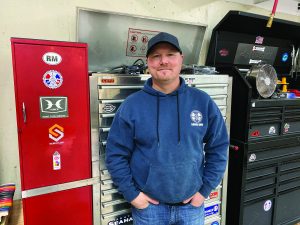 “I have been a true alcoholic my entire life. I was even born premature to an addicted mother who died at the age of 42 due to liver and kidney failure caused by excessive use of alcohol and smoking. I went through my life with many ups and downs. From having nothing, to having everything, to having nothing again. Last year I really saw what alcohol can do to me. It can and will kill me.

“Finally on July 30, I asked for real help because my life was again out of control. I was broke, broken and defeated as a human being.”

This is from a letter written by former IAM member Kenneth Avery, a millwright who worked at Crown Beverage Packaging in Olympia, WA. It was written one year into his sobriety. Today, Avery is no longer with the IAM but continues to be grateful that when he was part of the Machinist family, the union was there to help.

Kenneth Avery turned to the IAM Addiction Services Program when he felt his life was out of control.

“It will be 20 months sober for me on April 2,” exclaimed Avery happily from his new home in Wyoming, living a slower paced life he believes is helping his sobriety.

“It’s a pace that I think I needed. I was really overly stimulated in Washington. But it’s much slower here – they still try to get you to write a check,” Avery said with a chuckle.

But it wasn’t an easy path for Avery to get to this point in his life.

Just shy of two years ago, Avery walked into work under the influence and knew he needed help. He had tried rehab on his own and failed. On that day, he recognized it was time to reach out.

He remembered seeing a Facebook post about the IAM’s Addiction Services program but he couldn’t remember the details as he had barely glanced at the information.

“Alcohol was my drug of choice and it had taken over my thoughts, dreams, aspirations and my health,” remembered Avery grimly. “I went into work that morning and asked somebody if they would help me out because I wasn’t very clear minded. I was pretty much intoxicated. So we made the phone call and I spoke with Vinny and he asked me if I was willing to do anything to get sober, and I said I was.”

The “Vinny” he spoke with was Vincent Ceraso, the man in charge of the IAM’s Addiction Services program and a machinist member since 1993. Since its inception, the program has been a benefit to members and their families, free of charge.

“I got off the phone with him about 8 o’clock in the morning and he had a complete plan ready to go for me by 1 o’clock that I could take to my employer and show them what I was doing,” said Avery.

With more than 34 years of sobriety under his own belt, Ceraso understands these moments of clarity when someone reaches out are crucial to getting them help.

“We don’t provide any direct services. We provide options,” explained Ceraso. “Immediately I listen and do an evaluation. Then it’s time to find them a treatment place. It doesn’t matter where you live, I am going to match you with the best facility for you, because everyone’s recovery is unique. It probably won’t be the one down the block from where you live.”

Ceraso uses only dual diagnosis drug and alcohol treatment centers, which he credits for the completion rate and growth of the Machinist program. In just 24 months, the IAM has gotten help for nearly 150 union family members.

“Anyone can treat you for drugs and alcohol but can they treat you for the underlying issue? That’s what gives the Machinist Union such a high rate of success,” said Ceraso.

Nationwide, estimates range that about 5 percent of the population need drug or alcohol treatment. For the IAM, that’s about 30,000 members at any one time. Ceraso broke down the math.

“The numbers are staggering because if you look at the 600,000 members and then you add three family members each, you are looking at 2.4 million people. So now you take 5 percent of that and the number is huge,” said Ceraso.

But in the case of relapse statistics, the IAM is setting the curve for other programs.

“The average relapse rate in this country is about 78 percent or so in the first year which is ridiculous. If you go out three years, 92 or 93 percent of people are going to relapse,” said Ceraso. “But if you go through the Machinists, it’s about 2 or 3 percent. Not because of me, but because we are being very specific about where we send people.”

Ceraso doesn’t take credit for any of this success except to say that placement makes a difference. But some see it another way.

“It was probably, singularly, the best decision I ever let anybody make for me,” said Avery. “I owe a lot to Vinny for taking the time and finding the right facility for me, negotiating plans and working with the insurance. All I had to do was show up and get well.”

Avery isn’t the only one in the Machinist family who is grateful for this program.

By the time Dalton Gendron, the son of an IAM member, had hit his early 20s, he had undergone six knee and four back surgeries. All of which came with a host of prescribed pain pills to aid in his recovery.

Unfortunately, this sort of access to drugs left Gendron addicted to them.

“I used a range of things, but my main ones were OxyContin and Fentanyl,” recalled Gendron.  “But I still was pretty high functioning. I worked and went to the gym. I hung out with friends. I did all the regular things that people do, I was just never sober and clear-minded when I did those things.”

It was his fiancé who brought his addiction to the attention of his father. Since his dad was an IAM member, Gendron was able to get help through the Machinists Union. In two days, everything was set – a plane ticket was booked and a dual diagnosis treatment facility was awaiting his arrival.

“It was amazing and super quick. It took a lot of the stress off my shoulders,” said Gendron. “I didn’t really have to handle any of it on the front end. It was easier to just go there and not have to think about much else. I just had to focus on getting better.” 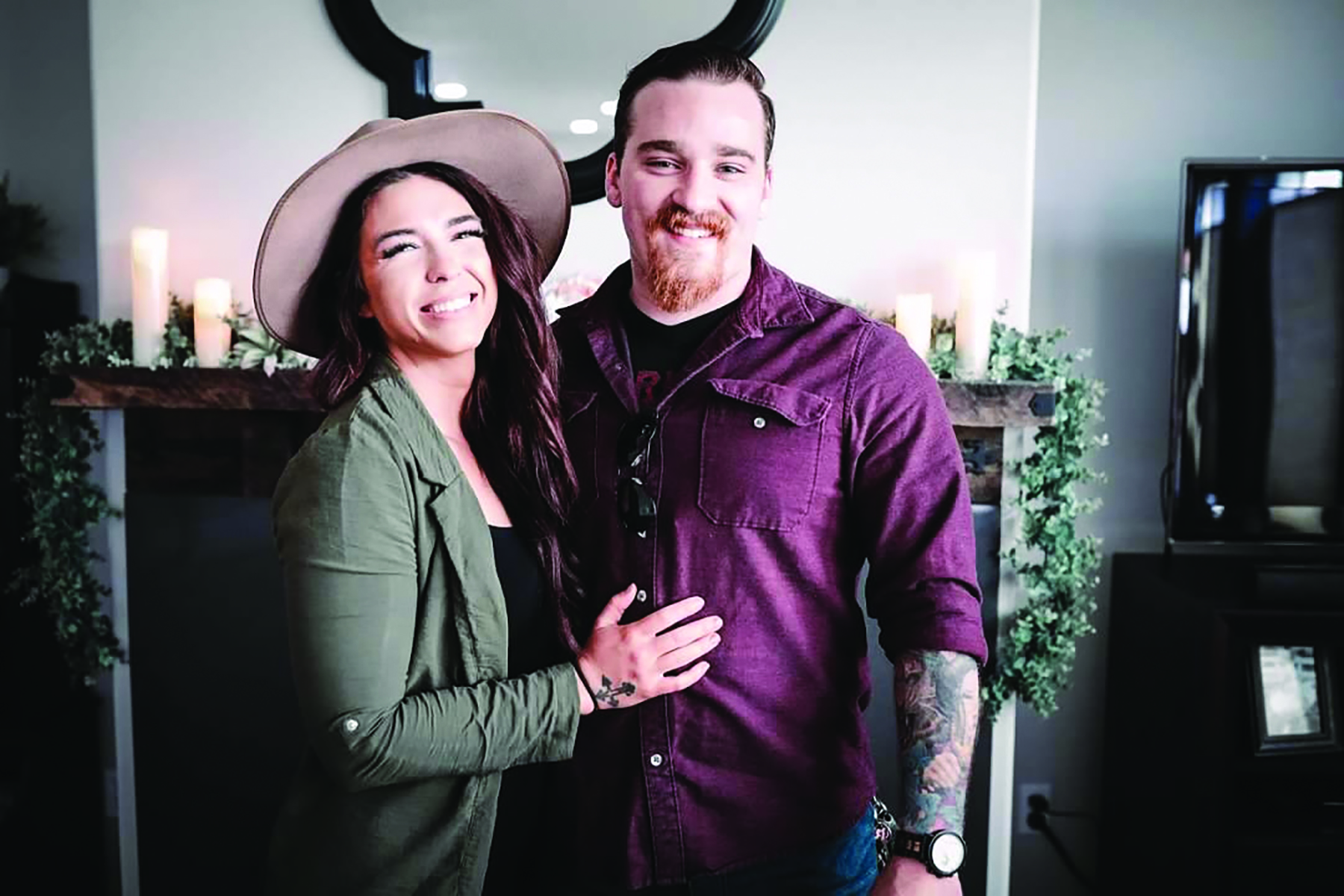 Dalton Gendron credits the IAM Addiction Services for helping turn his life around.

What eliminated further stress for Gendron is how the IAM worked with his company to ensure he still had a job after recovery.

“The IAM handled everything with my HR department,” said Gendron. “It really helped knowing that I had a job to come back to.”

Ceraso has taken it a step further now.

“At the start of 2020, before the world changed due to COVID-19, we put together a one-page contract insert that I encourage any bargaining unit to consider,” said Ceraso. “Not only does it explain the program to members and the company, but it offers a way to protect the person seeking help, without the fear of discipline, if they call us.”

Today, Gendron is sober, a year and a half and counting. He did the hard work of rehab, but recognizes the importance of having the IAM in his corner at the beginning.

When asked where he would be today without the union, he told a narrative too many addicts tell.

“Single without a girlfriend. Possibly no place to live or, worst case scenario, dead,” said Gendron without hesitation. “I mean, with the kind of stuff I was doing, I’ve seen a lot of people die from it, and I could have very easily been the next one.”

Instead, his narrative, and Avery’s, are both full of hope.

“I’m sober. I got married last year, I bought a house this year and I am opening a business next year so a lot has changed in a short amount of time but it’s all been amazing,” said Gendron with a big smile.

“I can’t ever promise that I’ll never drink again, but I can say that I will do my very best every day to stay on track and work the program,” said Avery. “And as long as I do that, I’m going to be just fine. I know that. I do know that.”

Ceraso said this program has surpassed all expectation he had when he started. Some days, he’s just astounded.

“Every single day, I wake up proud of this program because every day I know that the union which employs me had the consciousness of making this help available to its membership,” said Ceraso with a smile. “And every single day I get to help our members get healthy and stay alive.”

The post Clean and Sober appeared first on IAMAW .