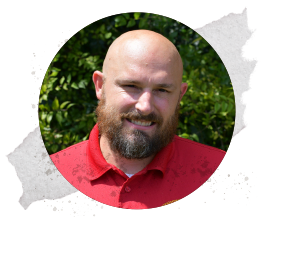 The Machinists Union shares a more than six decade legacy with Fort Rucker Army Base. The men and
women who have made this post a leader of aviation excellence share a sense of pride in their work. IAM Local 2003 members maintain the helicopters used to train U.S. Army pilots operating worldwide.

Recently, the IAM ratified a new, strong three-year agreement between Local 2003 and M1 Support Services at Fort Rucker in Alabama for approximately 3,500 members who perform aircraft maintenance and flight support at M1.

Other improvements include an increased vacation schedule for all members, new premiums for commercial drivers’ license holders, lead pay, and non-destructive
inspection pay.

With each ensuing contract, the Machinists Union has been steadily improving the livelihoods of its Fort Rucker members.

What This Contract Means to the Members
For Anthony Holton, a 22-year Local 2003 member, the new contract has positively affected him and his family by relieving the pressures of waiting in an uncertain economy.

“For my family, it has taken us to a position of stability,” said Holton. “We knew that we had set money, unlike a few years before, when we had the stress of a new contract vote. It helps relieve that uncertainty and fear. It has quieted the fears of the membership for basically the same reasons, and we know what tomorrow is going to bring at this point.”

Throughout Holton’s time at Fort Rucker, he has learned how and why a union is important for the membership. The stability it brings to a work environment, the ability to say no to something illegal, immoral or unsafe is a huge benefit.

“Knowing that there is a standard contract that everyone has to adhere to, myself included, is reassuring to the company and membership,” added Holton. “It gives us a standard at which to hold ourselves accountable. The union coming into Fort Rucker has provided a stable and reliable workforce that puts safety and honor above everything else.”

The IAM was able to attain many gains in this contract that ensure members will be able to provide for their families for years to come.

“The IAM has fought for equal rights and equality over the entire contract,” said Holton. “Implementing the 401(k) helps shore up our ability to retire and enjoy life on the backside of our career without the stresses of the uncertain.

Members believe in the leadership and their ability to speak for them, not only as a whole through the contracts but also as individuals on the floor and in the community. I believe we are going down a solid road in which we will forever be able to provide for each other, our families, and the soldiers of Fort Rucker.”

Renee Killings is also a proud member of Local Lodge 2003. Her union journey began in 2000, coming from the private sector into what is now her union, the IAM. It has been an eye-opening experience for her. She went from having an open relationship with management to shifting to a centralized, more personal collective bargaining agreement (CBA).

She and others with whom she works with closely feel this change has been for the better in multiple ways. Matters that used to be overlooked are now taken seriously. Being a single mother, her home life was just as important as this new representation. She was an average, dues-paying employee for years – not directly involved with the union until about 10 years ago, when she became a local shop steward.

“Two years ago, I was elected clerical GNC, which enabled me to help negotiate our last contract,” said Killings. “That position allowed me to gain union knowledge and how it operates, functions, and can better serve my fellow union brothers and sisters. I strongly feel that holding that position made me rise to the challenge of being a better employee
because I can see both sides of the operation.”

Killings and her fellow negotiating committee members have received compliments and gratitude for negotiating the Fort Rucker contract, which takes effect in May 2022. They look forward to incorporating the new changes with the old verbiage.

“The company now contributing to our 401(k) plan is unprecedented,” said Killings. “The membership was very pleased when this was implemented in our new collective bargaining agreement. As a negotiating committee member, we felt a sense of accomplishment once the agreement was overwhelmingly accepted. Moving forward, our new contract will surely surpass expectations.”

Fort Rucker’s surrounding area and culture have grown tremendously because of this contract. They now have a wide variety of ethnicities as well as genders. In 2000, women and people of color were sparse; however, their numbers are growing in both areas today.

“Because Fort Rucker’s areas are small, many family members can gain employment to better themselves and their families due to having such a great contract,” said Killings. “Fort Rucker and the Machinists Union have afforded many people great benefits, excellent salaries, and overall stability to help enrich their lives.”

Killings’ continued involvement in IAM District 75 has resulted in her being recently elected as District 75 Secretary-Treasurer.

Local 2003 President Shane Davis has seen much change since he initiated into the IAM in 2007. He has seen many difficult contract negotiations, but each ensuing contract battle resulted in better living conditions and respect for the members.

“In 2014, the company, unfortunately, came to the table with a less than stellar contract that the membership wanted no part of,” said Davis. “We overwhelmingly voted to go on strike, to the surprise of the contractor and, quite frankly, the entire community. It wasn’t for lack of effort from negotiating committee or anyone involved from the IAM. It was a message that was required to be sent to the company. The IAM would not stand for unfair treatment of our fellow brothers and sisters, nor would we stand for a lackluster contract. We made a few gains when we returned from the strike, but the message was clear; the membership wanted to be heard.”

In 2018, a new contractor was awarded the contract at Fort Rucker, M1 Support Services, and the IAM negotiating team had a huge task in bridging the previous contract with the new.

“I appreciate all the representatives whose tireless work resulted in the membership gaining improved contract language and economics that I’ve never seen in my time negotiating a contract,” said Davis.

In the subsequent years, the company improved workplace morale and grievances significantly decreased. The membership overwhelmingly voted to enter into negotiations early.

The negotiating committee brought a contract proposal to the membership that outdid the previous contract.

“None of this would be possible without a strong union and a company that sees the merits of taking care of a workforce that takes care of them,” said Davis. “My wife and I both are members of this great union. This strong contract will have a generational impact on our family and the membership families.

Some companies have pension benefits for the older members, but don’t have defined-benefit pensions for newer workers. Many of the major employers who had defined benefit pensions in the past now have no plan at all, while many are offering 401(k) plans.

During negotiations, the Aerospace Department works with many district and local lodges to target 401(k) plans and improve the employer contributions. Employers offer, on average, around 4% of annual income towards the employees’ 401(k) plan. This is insufficient compared to the savings enjoyed by the employers who phased out definedbenefit pensions.

“We need to continue to educate the membership on the importance of contributing personal funds into the 401(k) plan,” said IAM Aerospace General Vice President Mark Blondin.

In some cases, employer savings amount to several thousand dollars per year, per employee that the employer is no longer using for a defined benefit pension. They simply put the money in their pocket and take it from the membership.

The Aerospace Department seeks to convert these employer savings into employer contributions to their members’ 401(k) plans.

In some cases, more than 15% of annual pay would be the appropriate amount for companies to pay.

“The Aerospace Department’s obligation and commitment are to do all we can to secure a good retirement for all workers,” said Blondin. “During uncertain times, the generation of workers left behind in the ‘pension steal’ deserve contracts that help them secure their future. Since their inception, most companies have not paid their fair share into 401(k) plans. Times are going to change.”

“As with every negotiation, there are issues that each side feels are important to be addressed,” said IAM District 75 Business Representative Randy Garrett. “I feel that our Negotiating Committee did an excellent job of studying the membership surveys, talking one-on-one with the members they represent to identify and prioritize those issues, and with the help and support of Aerospace Chief of Staff Jody Bennett and Aerospace Coordinator Tony Wirth, we were successful in getting changes which met our member’s approval. Thanks to everyone at IAM Strategic Resources, Southern Territory, headquarters staff and the entire Aerospace Department for supporting us.”