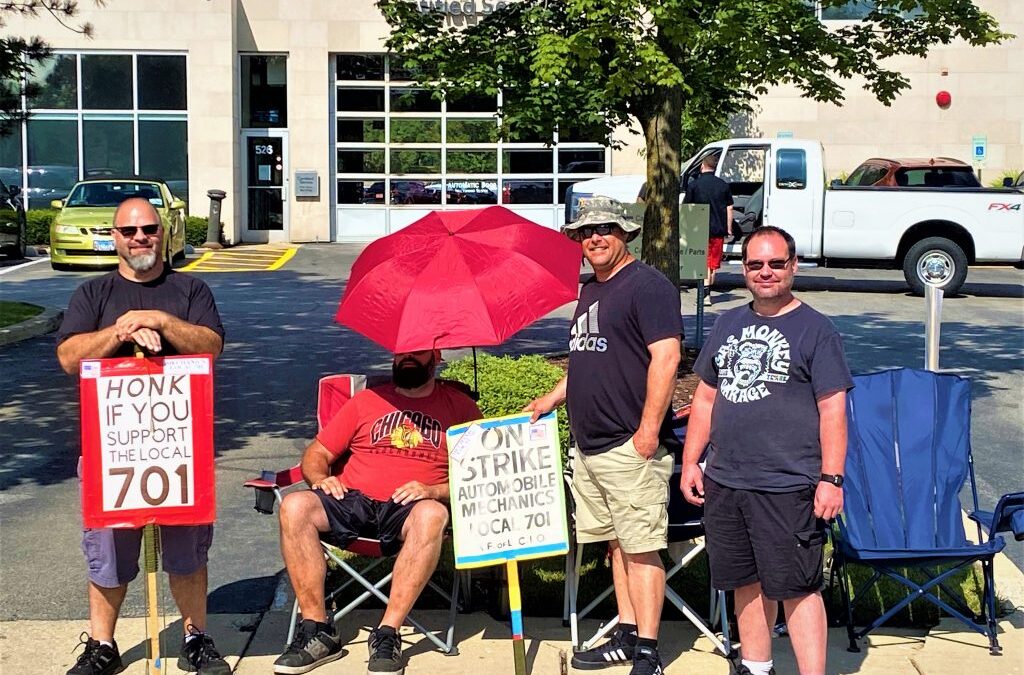 The mechanics of 56 new car dealerships voted on Aug. 1 to reject the proposed labor contract by 97 percent and voted by 99 percent to go on strike. The proposed deal was to replace the four-year collective bargaining agreement that expired on July 31.

Local 701 members voiced issues with the proposed contract failing to address issues such as the NCDC seeking to make it easier to reduce a journeyman’s weekly guaranteed pay, a most favored nation’s clause that completely undermines the collective bargaining process and an unwillingness to pay health insurance rates set by the Health & Welfare Fund’s Board of Trustees. The dealership committee’s proposal also failed to support additional training to lead to more qualified technicians and efforts to improve the retirement savings plans.

“The NCDC had plenty of opportunities to propose a strong labor contract with provisions that truly illustrate a commitment to attracting and training qualified mechanics. These technicians play a very important role in keeping our region moving, and unfortunately NCDC has failed to see that,” said IAM Local 701 Directing Business Representative Sam Cicinelli. “A strike is always a last resort and we do not take such actions lightly. We stand strong with our demand for a fair contract that values retaining and expanding the workforce. The NCDC must see that.”

“IAM Local 701 members have spoken. These hard-working mechanics deserve the respect of a strong labor contract that shows the importance of their work,” said IAM Midwest Territory General Vice President Steve Galloway. “I am proud of these members. They’re holding the line and demanding respect on the job, which includes fair wages and the training needed to keep Local 701 auto mechanics at the top of their craft.”

The NCDC and Local 701 have been negotiating for a new agreement since May.

This marks the latest strike as a result of the NCDC failing to propose strong contract language for Local 701 members. The expired four-year labor contract ended a nearly two-month strike in 2017 . 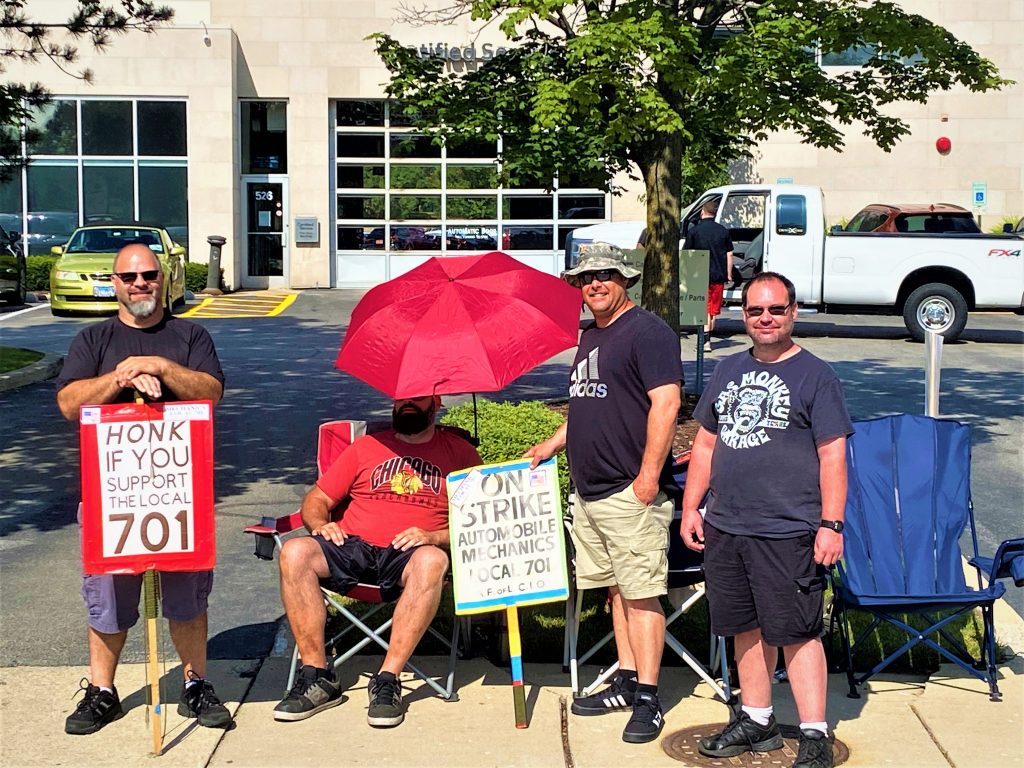 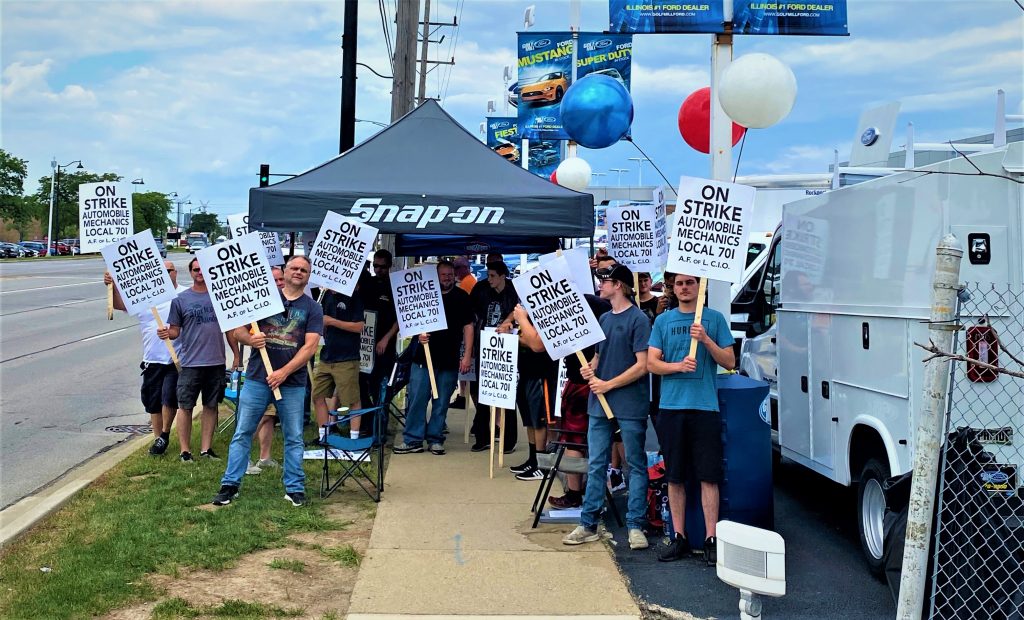 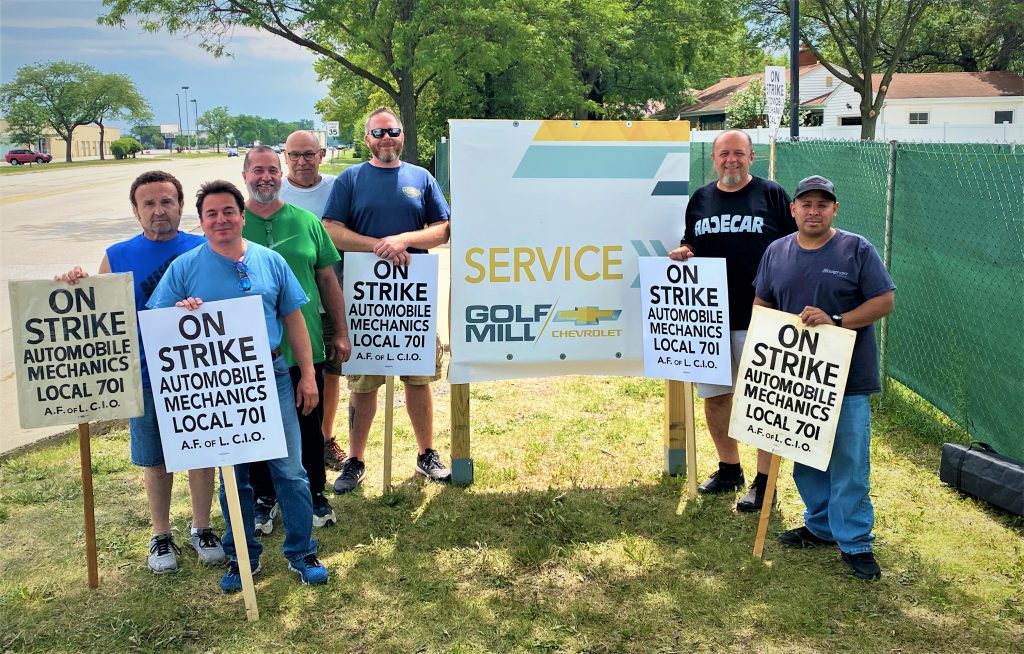 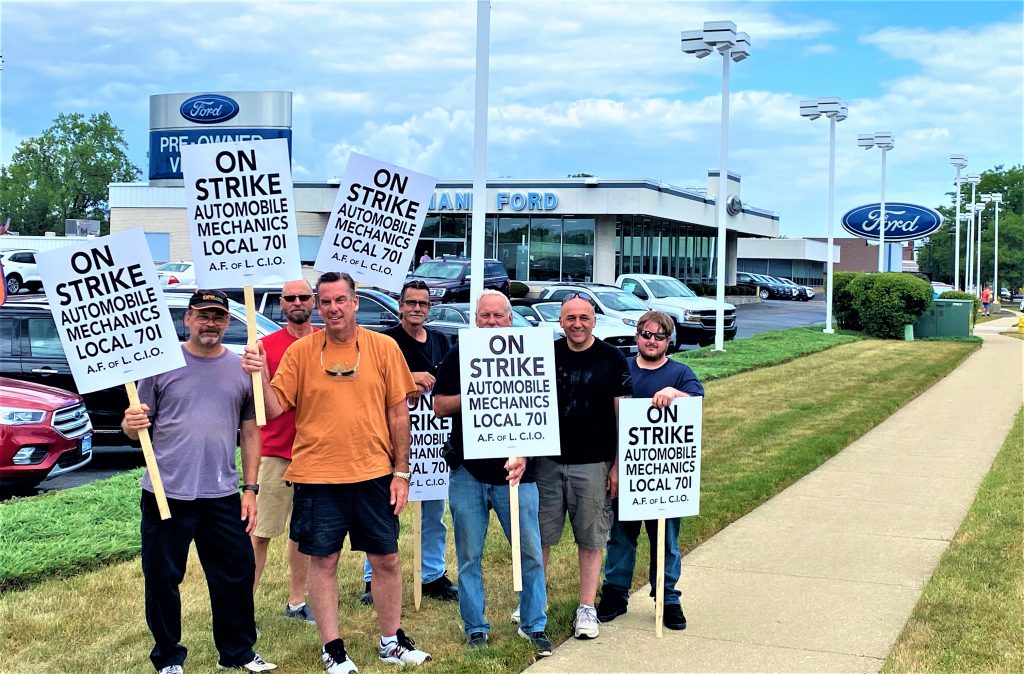 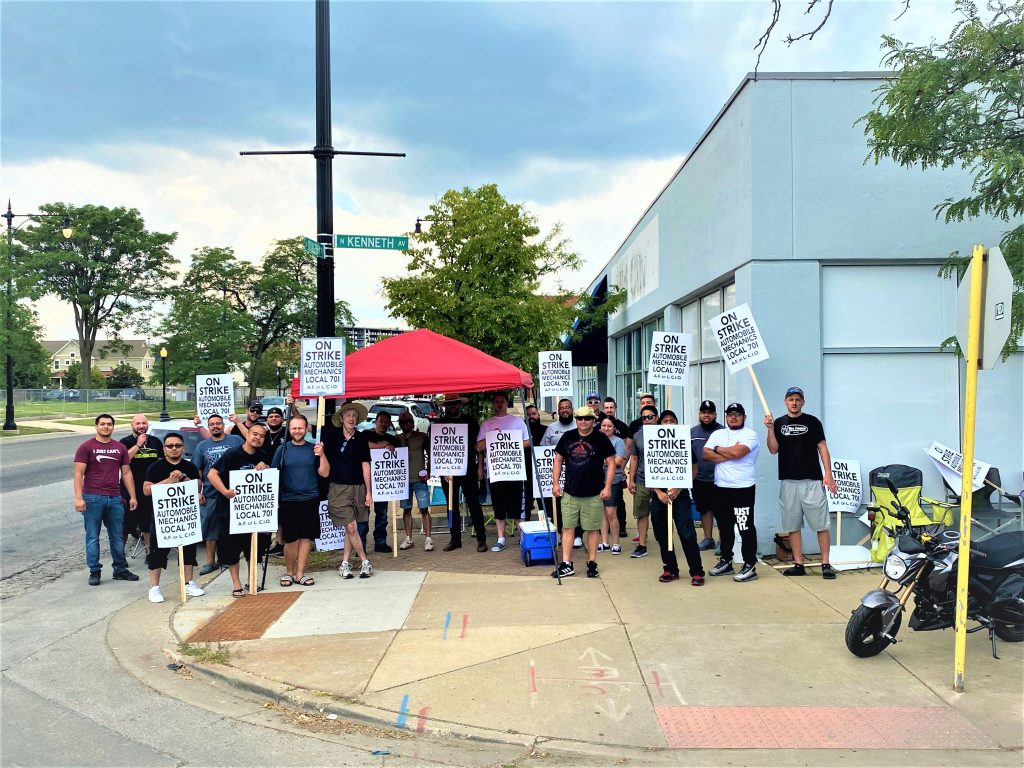 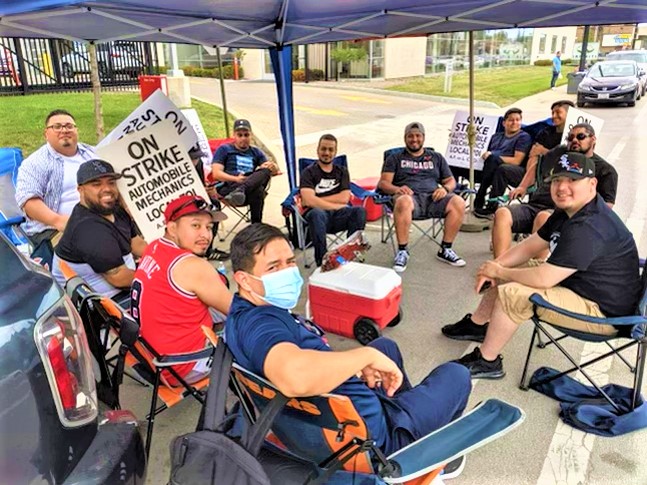