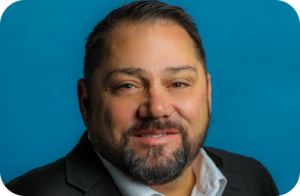 IAM International President Robert Martinez Jr. has appointed Josh Hartford, who has served as an IAM District 19 General Chairman since 2017, as Special Assistant to the International President for the IAM Rail Division. The Transportation Communications Union (TCU/IAM) and IAM District 19, which combined represent tens of thousands of railroad workers, are now charter members of the IAM Rail Division and remain separate entities with the same current authority over all Local Lodges within their jurisdiction.

Hartford’s appointment and the creation of the IAM Rail Division were both effective May 1, 2022.

The announcement is a fulfillment of the 2012 merger agreement between TCU/IAM and the IAM, which clearly stated that both parties would create a Rail Division comprised of TCU/IAM and IAM District 19. The creation of this division makes the IAM a powerhouse in the rail sector and encourage additional growth.

Hartford, who will report directly to the International President in his new role, initiated into IAM Local 409, now Local 318, in Waterville, ME as a machinist for the Springfield Terminal Railway Co. He served in a variety of local lodge positions before being appointed District 19 Employee Assistance Program Coordinator. He was also elected President of the Central Maine Labor Council from 2017 to 2019.

Hartford became a District 19 General Chairman in 2017 and was elected to another four-year term in 2019. His tenure includes overseeing many railroad agreements and working in several bargaining coalitions with various railroad unions. He’s currently a member of the Federal Railroad Administration’s Railroad Safety Advisory Committee (RSAC) and the District 19 arbitration review board. The IAM Rail Division will immediately begin work to better represent the similar interests of TCU/IAM and IAM District 19 members.

The creation of the IAM Air Transport Territory, which includes IAM District 141 and IAM District 142, and the appointment of Johnsen as General Vice President, were both effective May 1, 2022.

The IAM, representing more than 100,000 air transport members, is the largest air transport union in North America.
The creation of the IAM Air Transport Territory and the IAM Rail Division allows the IAM to better focus on the distinctive
needs of its air transport and railroad memberships, respectively.

As Chief of Staff to the International President, Johnsen has spent nearly the past year traveling the country to listen to
air transport members and address their concerns as the industry emerges from the COVID-19 pandemic.

Johnsen, a 33-year IAM member who began as a mechanic assistant at United Airlines, has devoted increasing resources
to securing the strongest possible contracts for air transport members, including the overwhelming member ratification
of a Hawaiian Airlines agreement that secures historic job protections and pay raises. Johnsen has emerged as a leader
in calling for increased staffing and more severe penalties against unruly passengers in the air transport industry.
Under Johnsen’s direction, the IAM is devoting more resources to organizing in the air transport sector, including
a recent organizing win for flight attendants.

Since initiating IAM Local 1781 in 1988, Johnsen has served in a variety of capacities at the Local, District, and Grand Lodge levels. He became Assistant General Chairperson for IAM District 141M in 2000 and joined the Grand Lodge staff as a Special Representative in 2001.

Eastern Territory Chief of Staff David Sullivan has been appointed to fill Bryant’s position as Eastern Territory
General Vice President. Both appointments were effective May 1, 2022.

A native of Maine, Bryant initiated into the IAM in 1989 when he joined Local S6 as a pipe fitter at Bath Iron Works. He would serve in a variety of positions, including President of Local S6, before being elected District 4 Directing Business Representative in 1998. In 2004, Bryant joined the IAM Eastern Territory staff, and in 2009 he became Eastern Territory Chief of Staff.

He initially joined the Industrial Union of Marine and Shipbuilding Workers, which merged into the IAM in 1988, as a shipbuilder at Bath Iron Works in Maine. He served as a Shop Steward, Local Lodge Officer, and on several committees in IAM Local S6.

Ahead of another intense wildfire season, roughly a dozen NFFEIAM firefighters, who service government-owned land, forests, and parks, visited Washington, D.C., urging lawmakers to address critical concerns such as an urgent need for wage increases amid increasing costs of living, improved health, and wellness coverage, and better working conditions.

An additional concern is seasonal NFFE-IAM firefighters, a significant portion of the workforce, many of whom have limited access to health insurance and are not eligible for government retirement. Retirement benefits for full-time firefighters, which require 20 years of service, do not cover seasonal NFFE-IAM members, even if they worked 20 years of equivalent time, simply because they are not full-time permanent employees.

NFFE-IAM says the visits in Washington, which included meetings with representatives from the White House and lawmakers on Capitol Hill, were productive. NFFE-IAM’s goal is to get firefighters and our national landscape the help they need.

Approximately 460 Baltimore County Public Library (BCPL) employees who recently organized with the IAM recently voted overwhelmingly to ratify their first union contract. Full and part-time BCPL employees at the administrative office and the 19 county library branches are part of the agreement.

The first contract with BCPL comes after years of organizing, including the IAM winning a new state law allowing BCPL employees to collectively bargain.

The facility’s group of more than 100 workers voted to join the Machinists Union in April 2019 and have been attempting to bargain for a fair contract for nearly three years. Cascades Containerboard, a Canadian-owned company, failed to listen to U.S. lawmakers, labor leaders, or their workers as they called on the company to bargain a fair contract.

Over 130 workers at Veterinary Specialists and Emergency Services (VSES) in Rochester, NY, overwhelmingly voted to join the IAM.

The National Labor Relations Board vote count was announced live on a Zoom call with Veterinary Specialists and Emergency Services workers, members of the IAM, and the National Veterinary Professionals Union.

The Machinists Union has championed and called for an expansion of ‘Buy American’ domestic content requirements for decades.

The Machinists Union, U.S. Rep. Donald Norcross, and U.S. Sen. Tammy Duckworth championed an amendment to the 2022 National Defense Authorization Act that would have made a similar ‘Buy American’ threshold increase for defense products. That bipartisan amendment passed the House before being defeated by corporate-backed politicians in the Senate.

The Biden administration is now applying that rule—that any product stamped with ‘Made in America’ should have 75% of its value come from parts made here in the United States—to all products purchased with taxpayer dollars by 2029.

The Machinists Union scored a huge legislative win for IAM Local 778 Members at the Olin-Winchester Lake City Army Ammunition Plant (LCAAP) in Independence, MO. Proposed budget cuts, now canceled due to the IAM’s advocacy, would have had a devastating impact on the 1,700 workers at the facility.

The fiscal year 2022 budget unwisely included a 30 to 50 percent reduction in these munitions compared to 2021. At the time, IAM International President Robert Martinez Jr. sent a letter to U.S. House and Senate appropriators, urging them to reject the effort to cut funding for U.S. Army ammunitions and asking them to restore adequate funding for the procurement of small caliber ammunition for the U.S. Army.

Approximately 2,500 IAM members at Hawaiian Airlines, represented by IAM Districts 141 and 142, have overwhelmingly ratified strong five-year collective bargaining agreements with the carrier. The agreements win the best job protections and the largest pay raises for Clerical and Related Agents, Ramp, Aircraft, and GSE Mechanics and Related in the history of Hawaiian Airlines.

Highlights of the agreements include:

The agreements will bring more fairness and expand healthcare options for part-time workers.