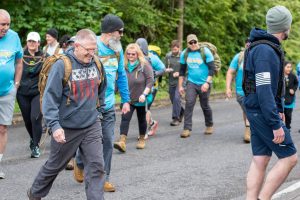 Frank Wilson is a U.S. Navy Veteran, 18-year shop steward, and trustee of IAM Local 1005 in District W24. He works for the City of Portland, OR as a vehicle and equipment mechanic and is very passionate about helping U.S. military veterans struggling with mental health

Wilson is one of three local delegates on the steering committee for IAM’s Veterans Services Program. He has been attending classes at the IAM’s Winpisinger Education and Technology Center (W3) to become accredited by the U.S. Department of Veterans Affairs (VA) as a representative. At one of the W3 classes, he was introduced to “Do Good Multnomah,” a non-profit organization that provides support services and low-barrier shelters to homeless veterans.

As a military veteran, Wilson knows how hard it can be to return to civilian life after being in the military.

“Going in was really easy,” said Wilson. “Coming out, man, that was one of the hardest times of my life. I have friends who have PTSD, so it means a lot to me, and it’s a way to help them since I can’t do it personally.”

Wilson was so impressed by the work Do Good does that he invited its director to speak at Local 1005 and then decided to participate in Do Good’s first-annual Ruck March fundraising event.

To prepare for the Ruck March, Wilson bought a new pair of boots and broke them in by walking around his neighborhood with a weighted backpack garnering donations. He pledged to shave his head as he had for Navy boot camp once he reached $500 in donations. Wilson kept his promise and shaved his head at the $500 benchmark after about two weeks of fundraising.

Wilson’s team, which he named “IAM Ruck On,” raised $1,099, the second-highest amount raised by the teams that participated. Altogether the March raised $14,000 total.

“It’s all going to an excellent cause. I want to take care of them,” says Wilson “My members who are veterans need love, and I don’t know who they are. I’m working on finding who our IAM veterans are with Veterans Services. I’m impatient to get them help; I just want to help.”

Wilson’s own local, Lodge 1005, contributed $220 for the 22 veterans in America who commit suicide every day, a somber statistic.

“I have such a passion for this, and it’s nice to see others get excited about veterans’ stories,” says Wilson. “I’m just trying to help my friends.”

“Frank Wilson did a great job leading this effort,” said IAM Western Territory Vice President Gary R. Allen. “District W24 and the Western Territory support veterans as much as we can. The Veterans Services Program is a great resource for our members, and we’re proud of Frank and Local 1005 for getting involved and using the program to become a VA representative and help our veteran members.” 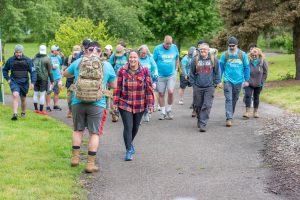 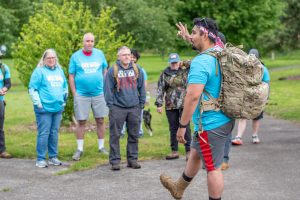 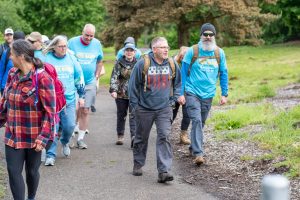