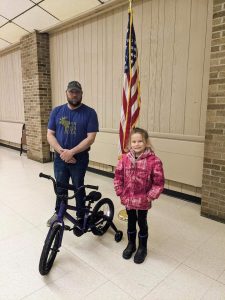 IAM Local W33 in International Falls, Minn. hosted their first ‘Coloring Contest’ for kids in the community and awarded six winners from different age groups with a brand-new bicycle.

Jeff Hoopman, recently-elected Chief Steward of W33, came up with the idea and took it to the executive board where all members were fully supportive. At the end of March they got to work delivering packets of the coloring page and rules for the contest to four area schools. They were even able to make the local CVS a packet pick-up location so that homeschooled children could enter too.

Each of the 261 submissions are displayed in the large windows of the union hall and on May 1 the contest winners were invited to the union hall to pick up their bikes.

“The coloring contest was really well received by the community,” said IAM District 5 Directing Business Representative Jeremy Pearson. “Parents were overwhelmed and the kids had the biggest smiles.” 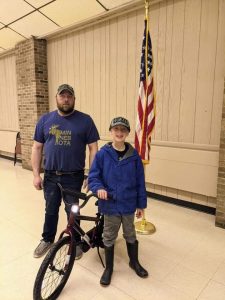 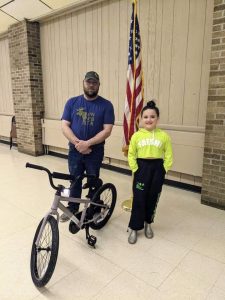 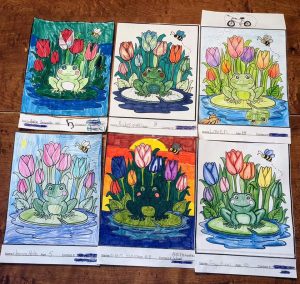 “Union building and community building go hand-in-hand,” said IAM Midwest Territory General Vice President Steve Galloway about the project. “Unions lift their communities up, and when we need the community’s support, they’re there for us too. I’m proud of Local W33 and District 5 for putting so much effort into the union’s relationship with their community.”

The local is planning to do another project over the holidays; they’re hoping to have Santa give away presents at the hall, and they want to revive their float in the community’s Christmas parade.

“The executive board has been budgeting carefully over the last few years to allow for projects like the coloring contest and the Christmas parade float. We want to put our union’s name back on the map and teach the younger generation that unions are important,” said W33 President Brian Wichner. “If the union wasn’t here, these jobs wouldn’t be paying thirty dollars an hour, and we wouldn’t have the family-supporting benefits that we have. Unions are so important and we’re showing the community what the union will do for you.”