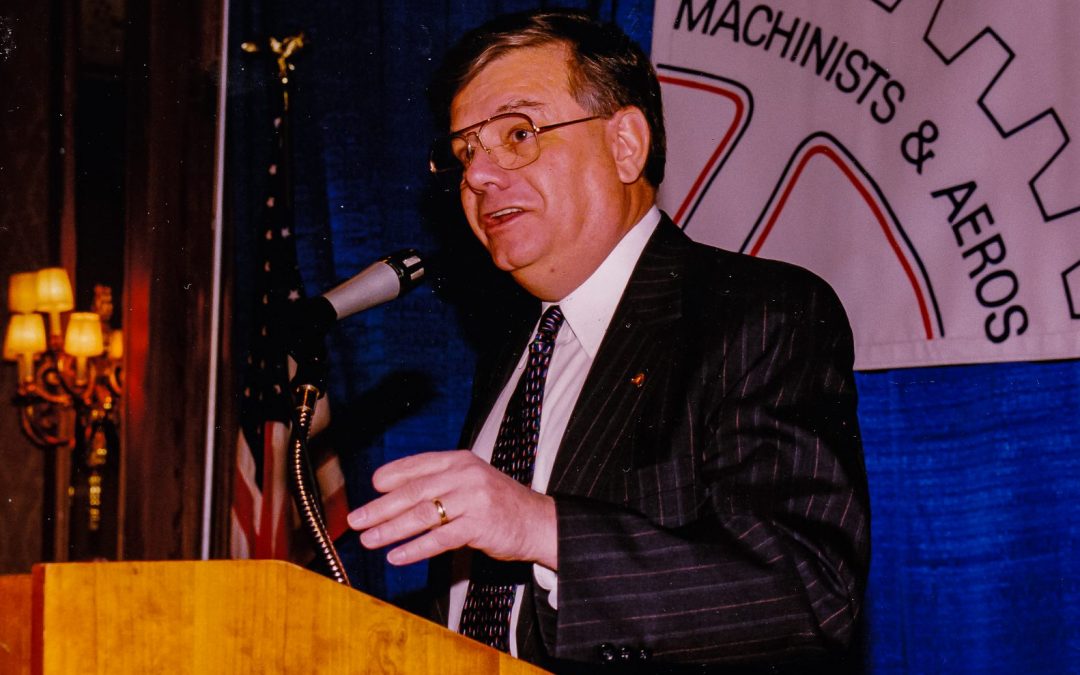 George Kourpias, who served as the IAM’s International President for eight years before retiring in 1997, passed away on Monday, Dec. 2, 2019. He was 87.

Kourpias, a 67-year IAM member, navigated the union through some of its greatest challenges. His tenure included Reagan’s assault on workers, national strikes in the airline industry and the reformation of organized labor through the election of John Sweeney as the AFL-CIO’s president.

“George was a lion for the labor movement and for our great union,” said IAM International President Robert Martinez Jr. “He was always there for our members and left a legacy that will live on forever. While we grieve the loss of a great champion for working people, we pledge to continue his lifelong fight for dignity, justice and respect on and off the job. On behalf of the entire IAM Executive Council, I send our thoughts and prayers to his beloved wife, June, and the entire Kourpias family.”

After becoming the IAM’s International President in 1989, Kourpias increased educational opportunities for IAM members by expanding the William W. Winpisinger Education and Technology Center. He also redeveloped lines of communication between IAM members and leadership by holding town hall meetings. Kourpias expanded the union’s video presence and presided over the launch of the IAM’s first website. Kourpias also supervised the opening of the IAM’s current Headquarters building, which he proudly ensured was all union-built.

Kourpias led the IAM’s collective bargaining and organizing efforts during his tenure as International President, but also activated members’ voices in the political process. He revitalized the IAM’s political action program and refocused attention on real issues for American families, helping to derail an anti-worker legislative agenda known as the “Contract for America.”

Kourpias realized the critical importance of a global labor movement, and as chair of the AFL-CIO’s International Department oversaw the transformation of the department from its Cold War posture into a leading advocate for international human rights. Kourpias positioned the IAM as a key ally of anti-apartheid activists in South Africa and was praised by Nelson Mandela during his visit to the United States.

A native of Sioux City, IA, Kourpias joined IAM Local 1637 at the Zenith Corp. in 1952, where he brought union ideals imparted by his family. A year later, he was a local lodge officer and soon became active in his local central labor council and the Iowa AFL-CIO. He would go on to serve as the president of IAM District 162.

Upon his retirement, Kourpias continued his activism by becoming president of the Alliance for Retired Americans, which grew to 3.5 million members under his leadership.

“I have always said that union leadership is a gift—a gift given to us by the membership. And for that gift, I will be forever grateful,” Kourpias wrote in his final message to IAM members in the Spring 1997 IAM Journal. “Farewell my friends, and solidarity forever.” 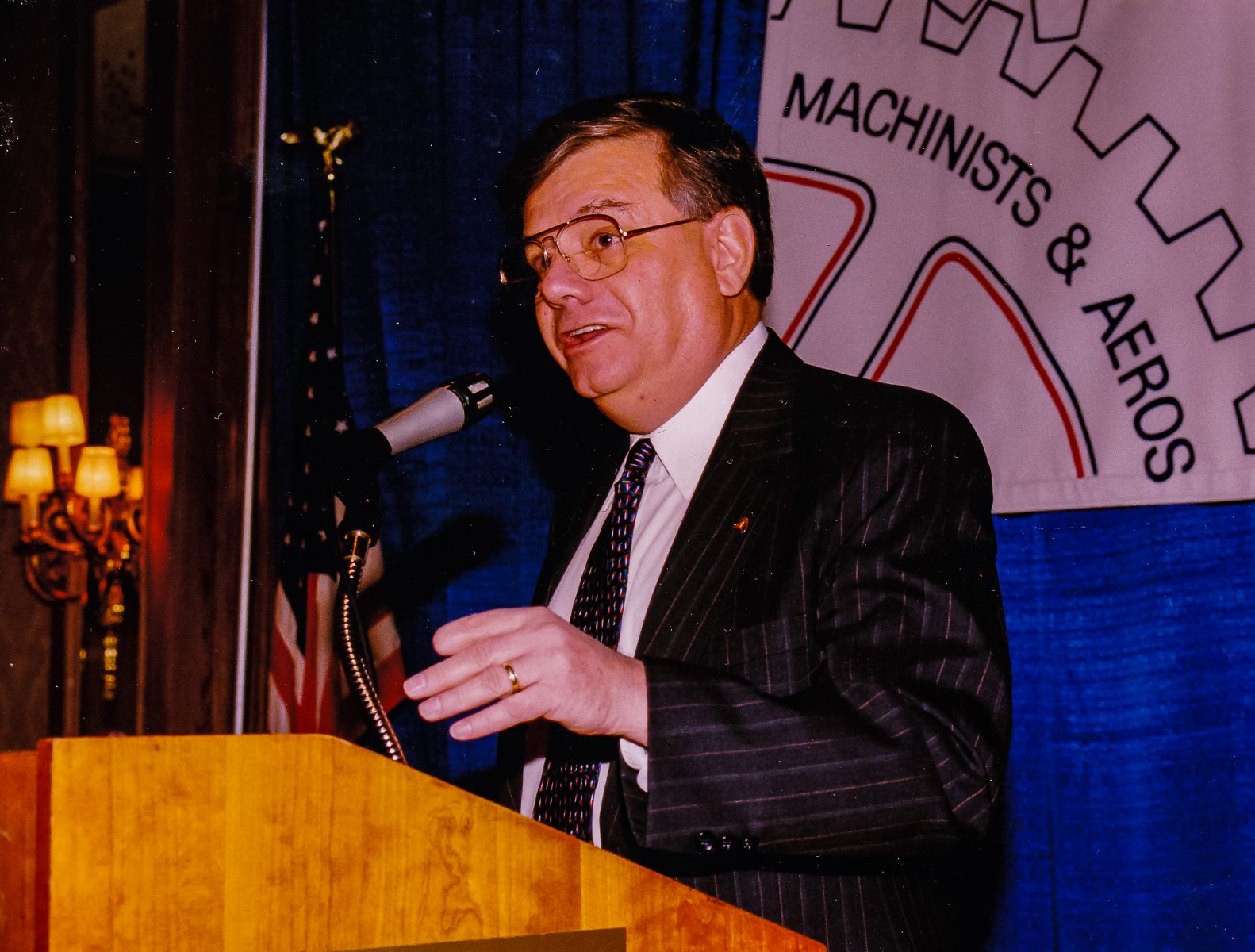 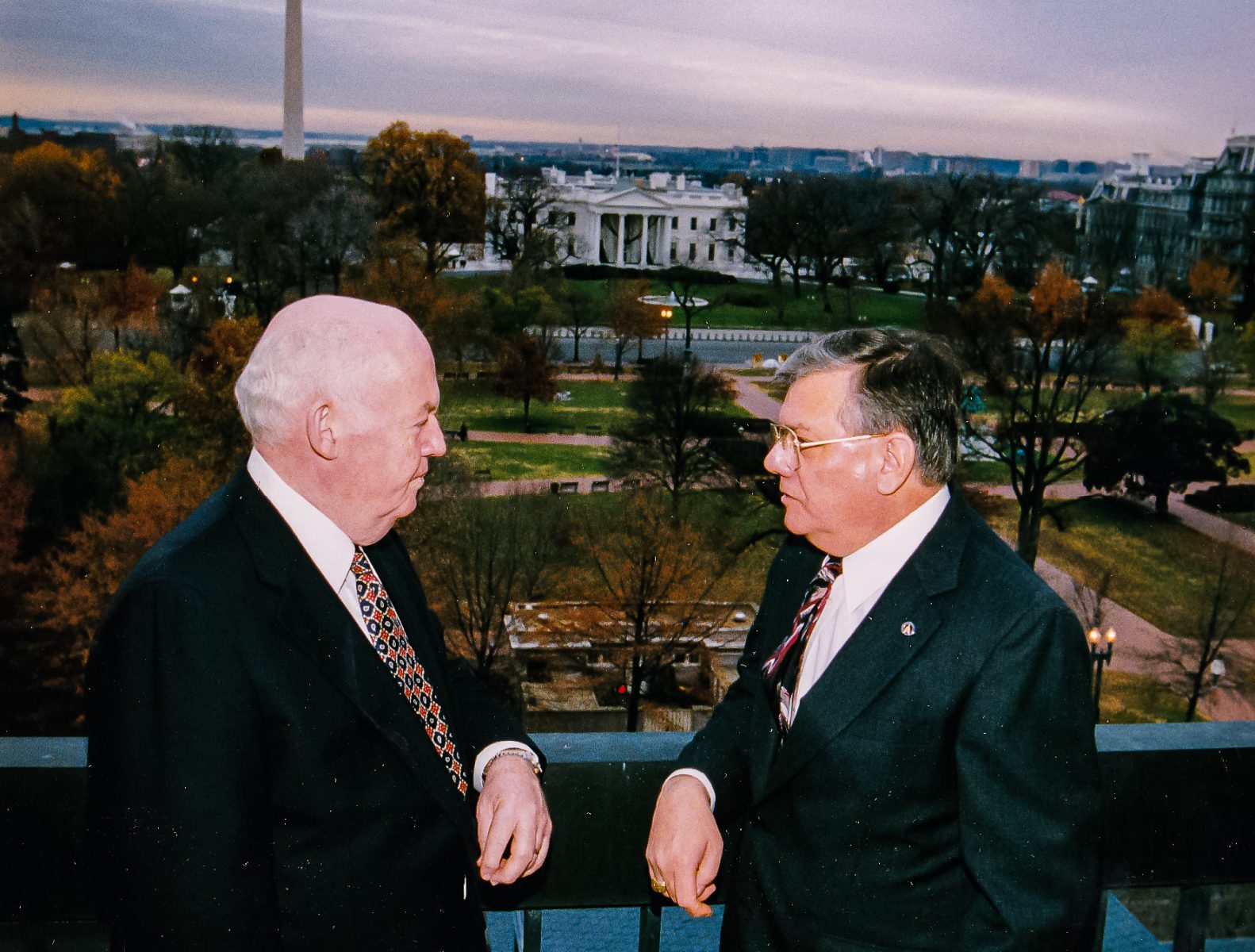 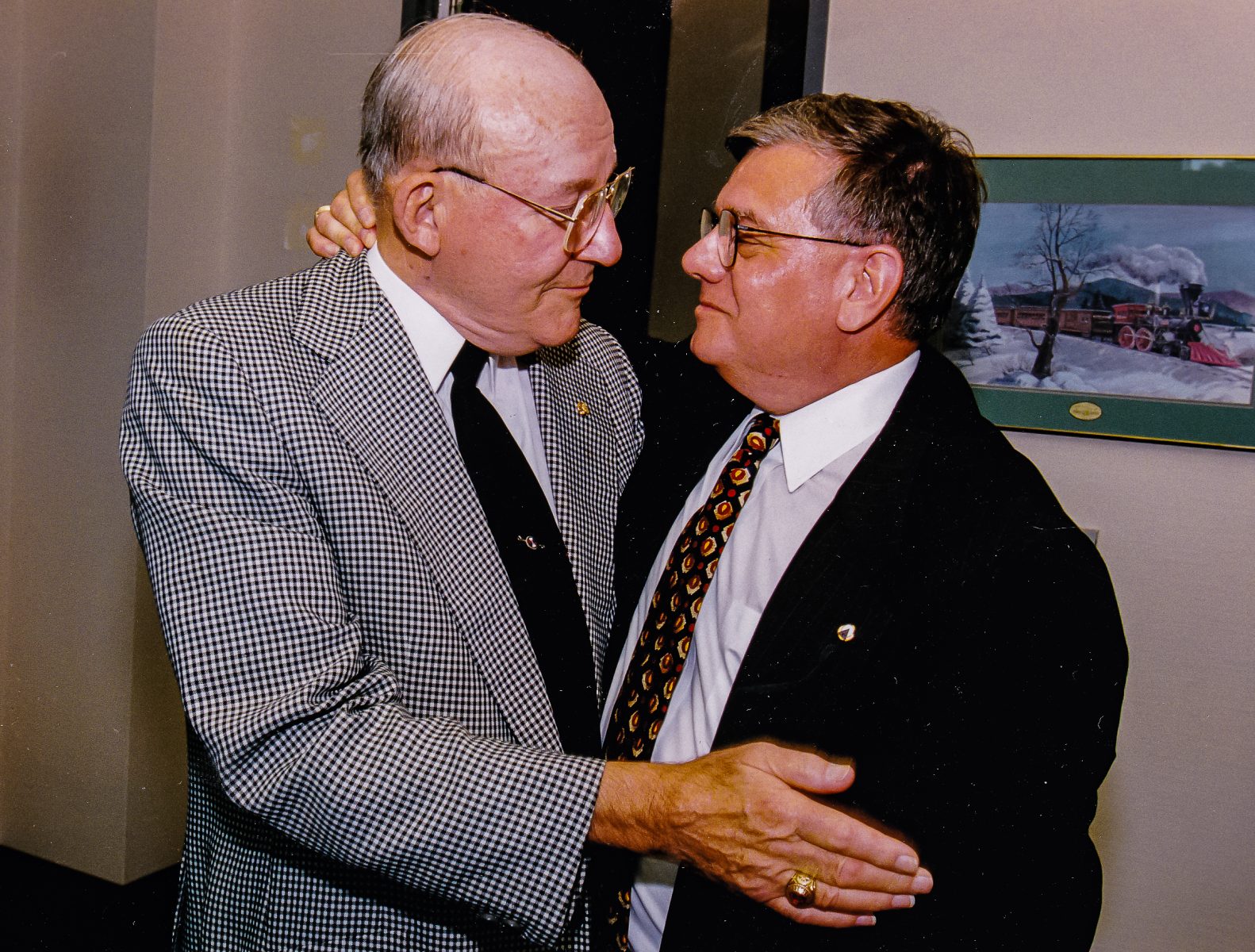 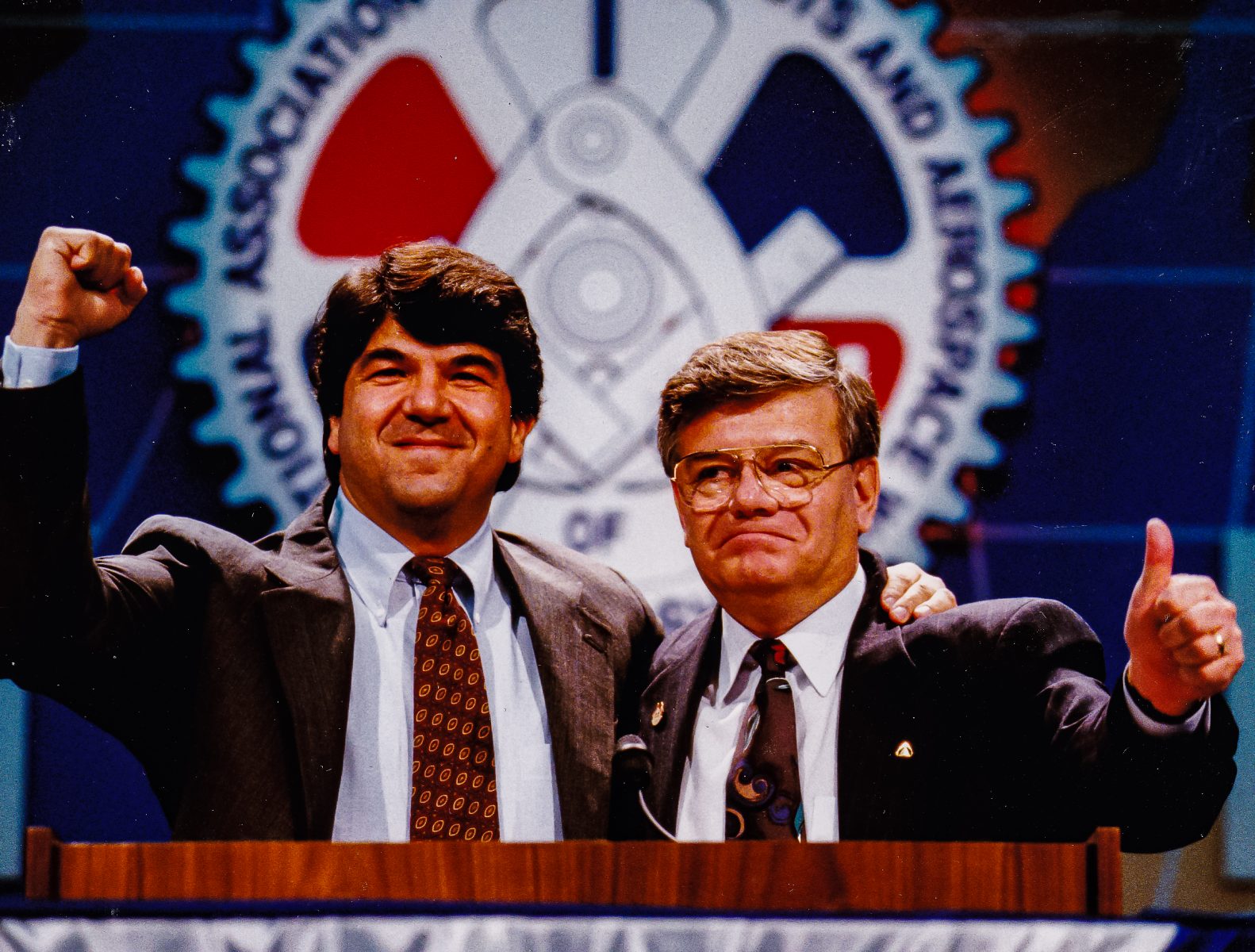 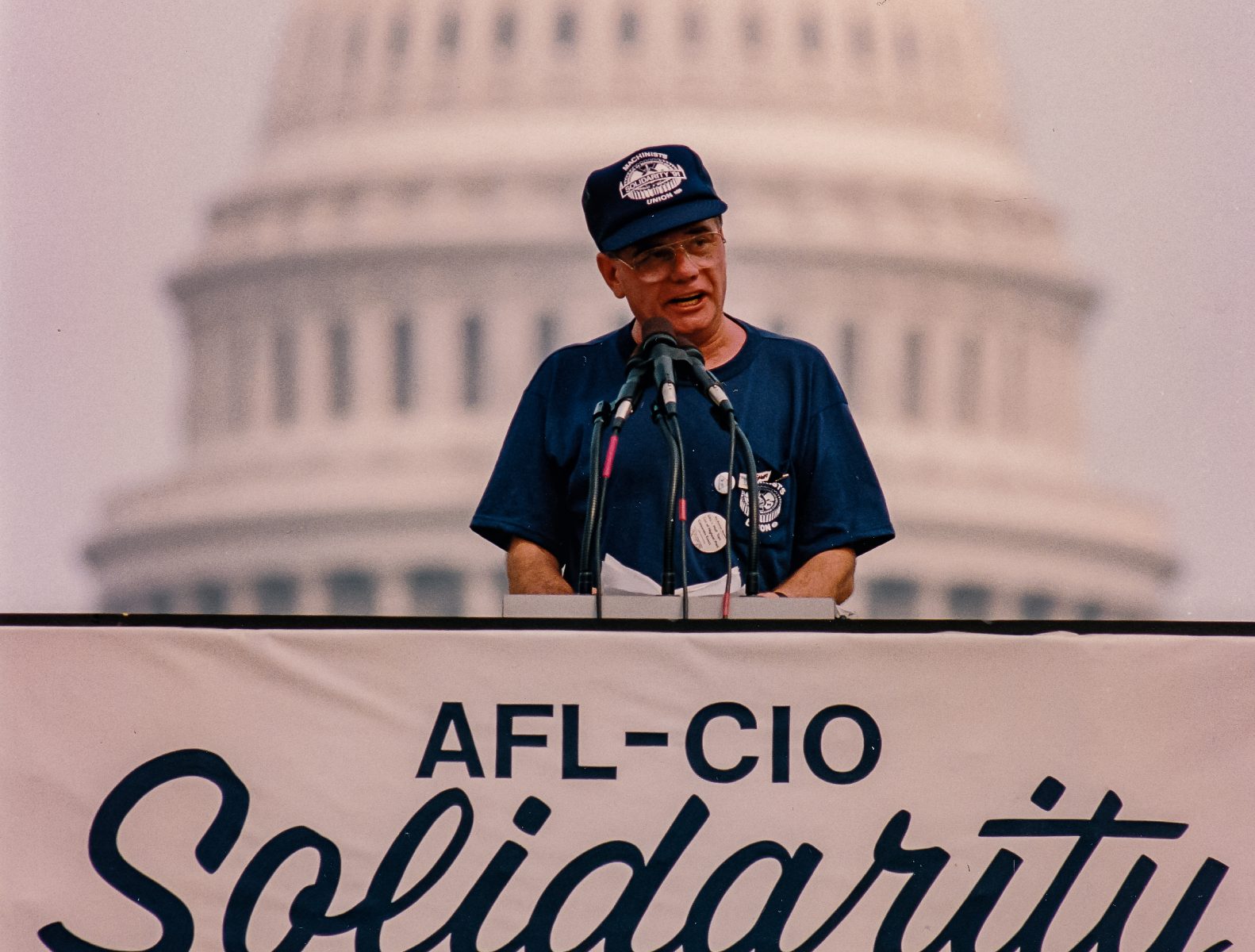 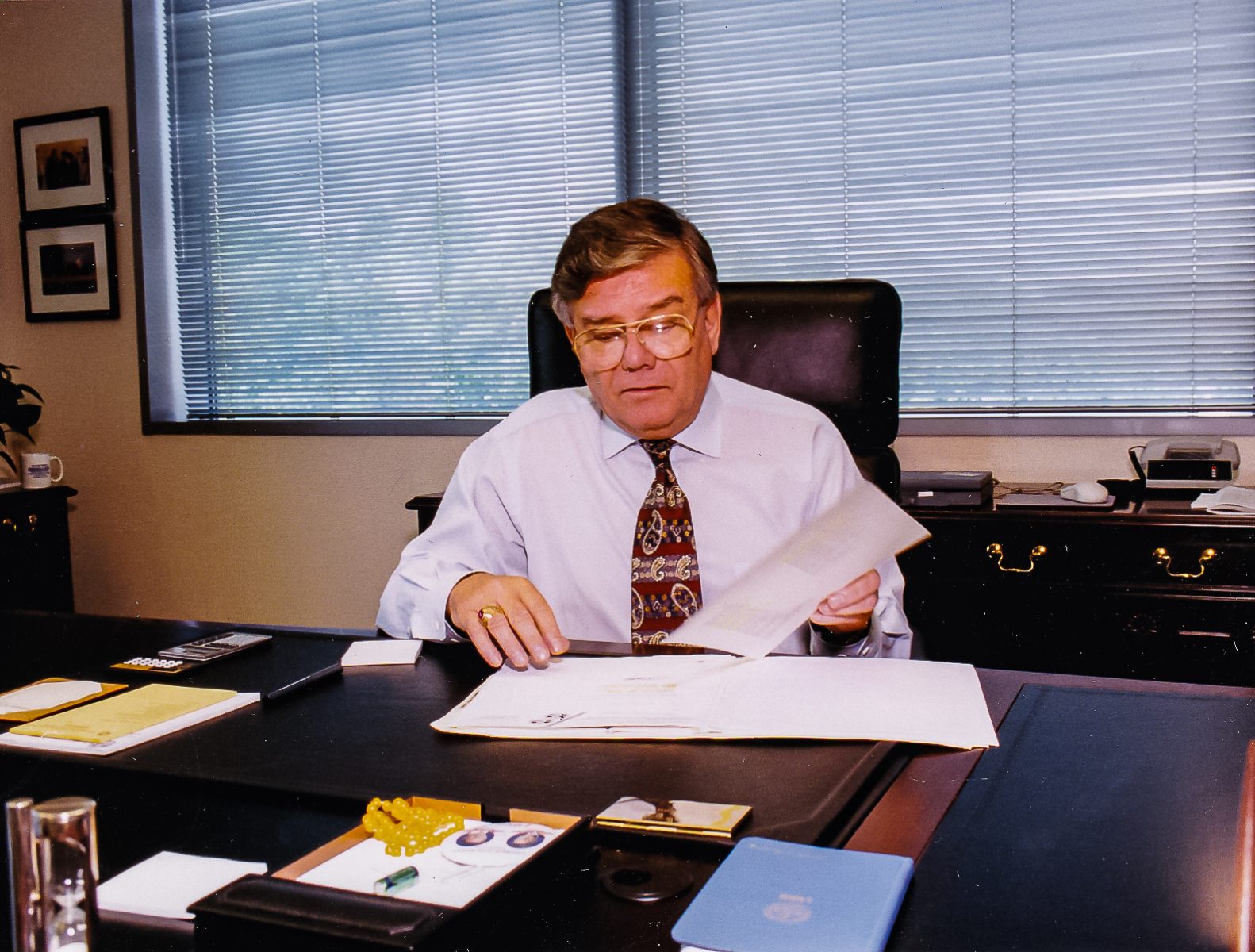 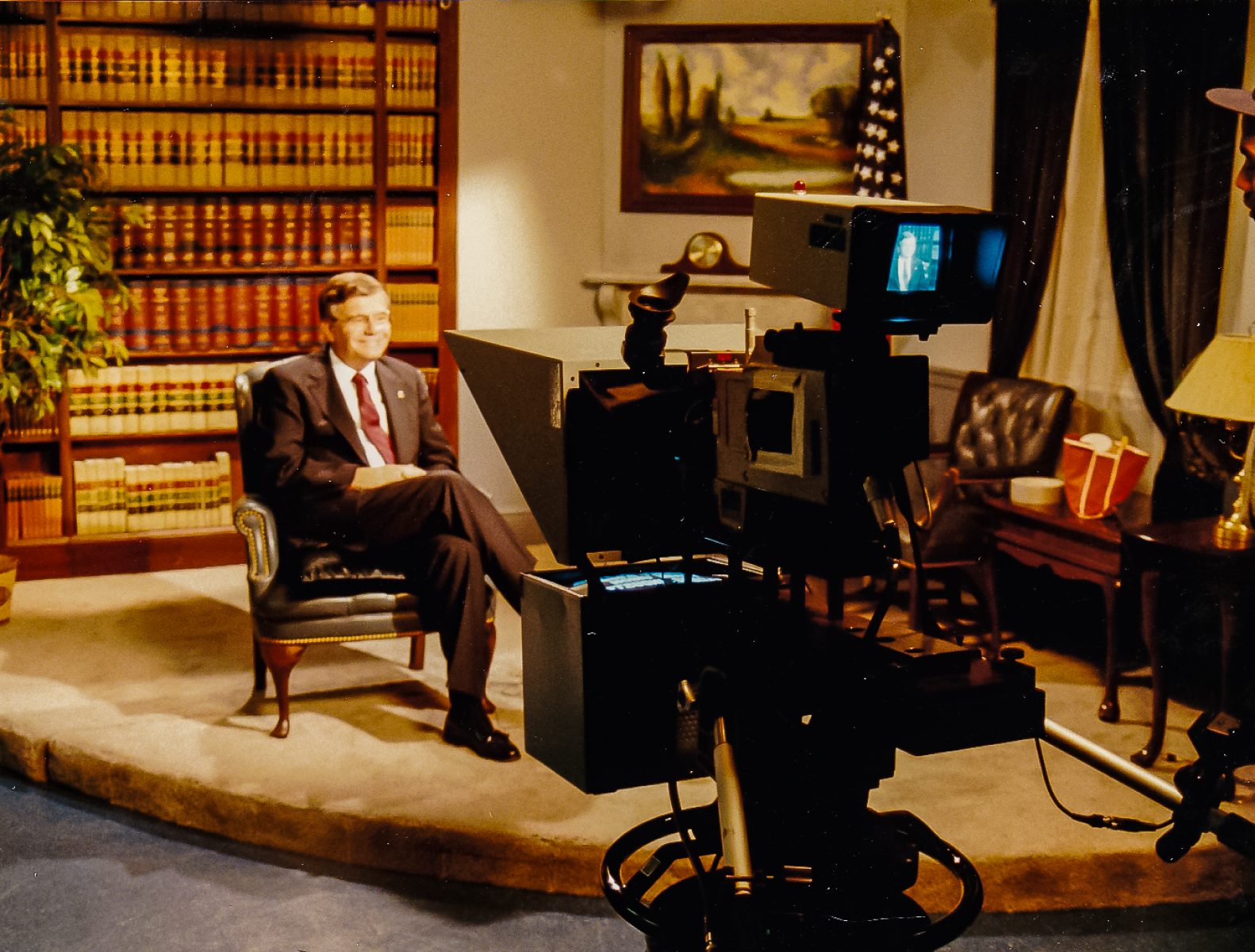 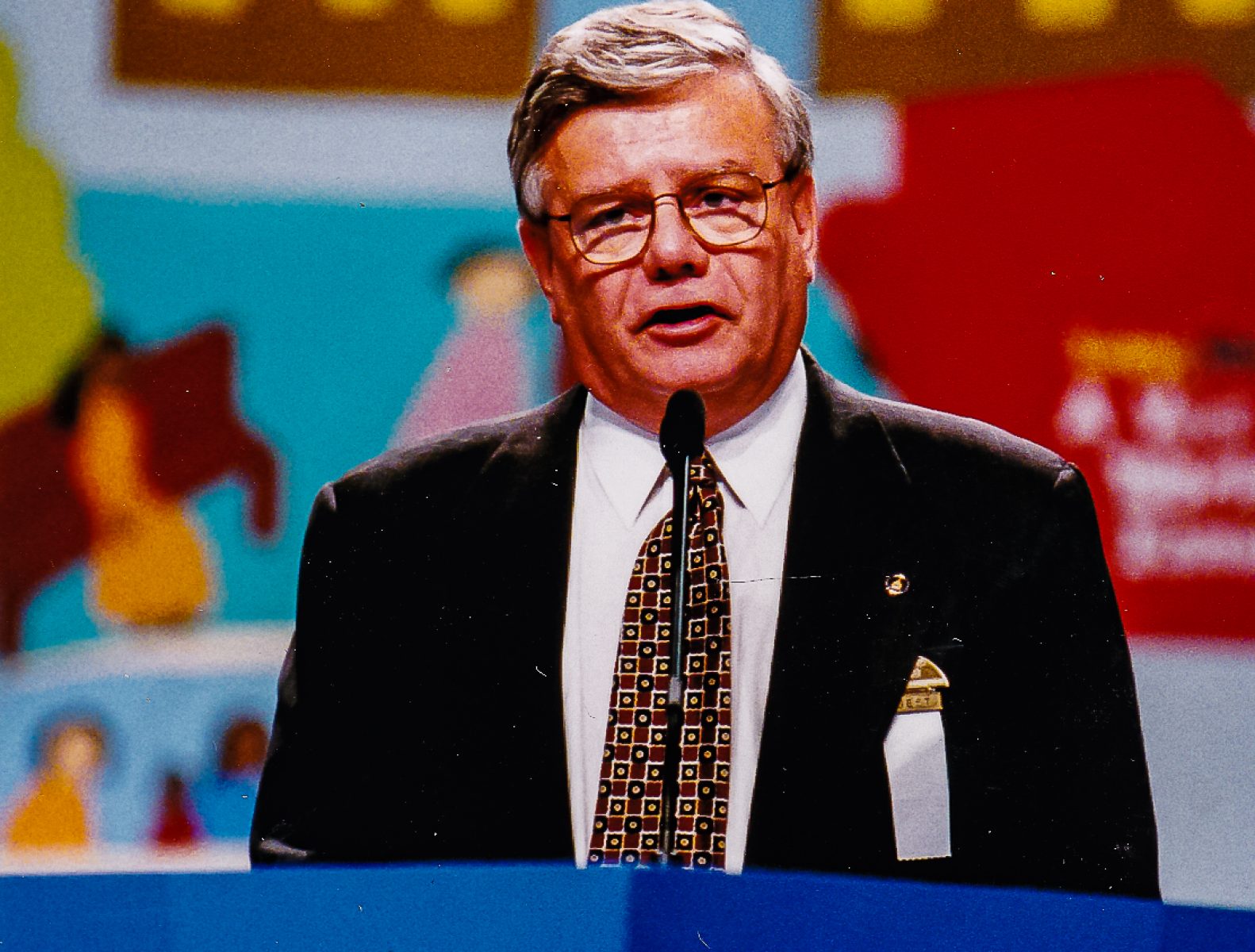 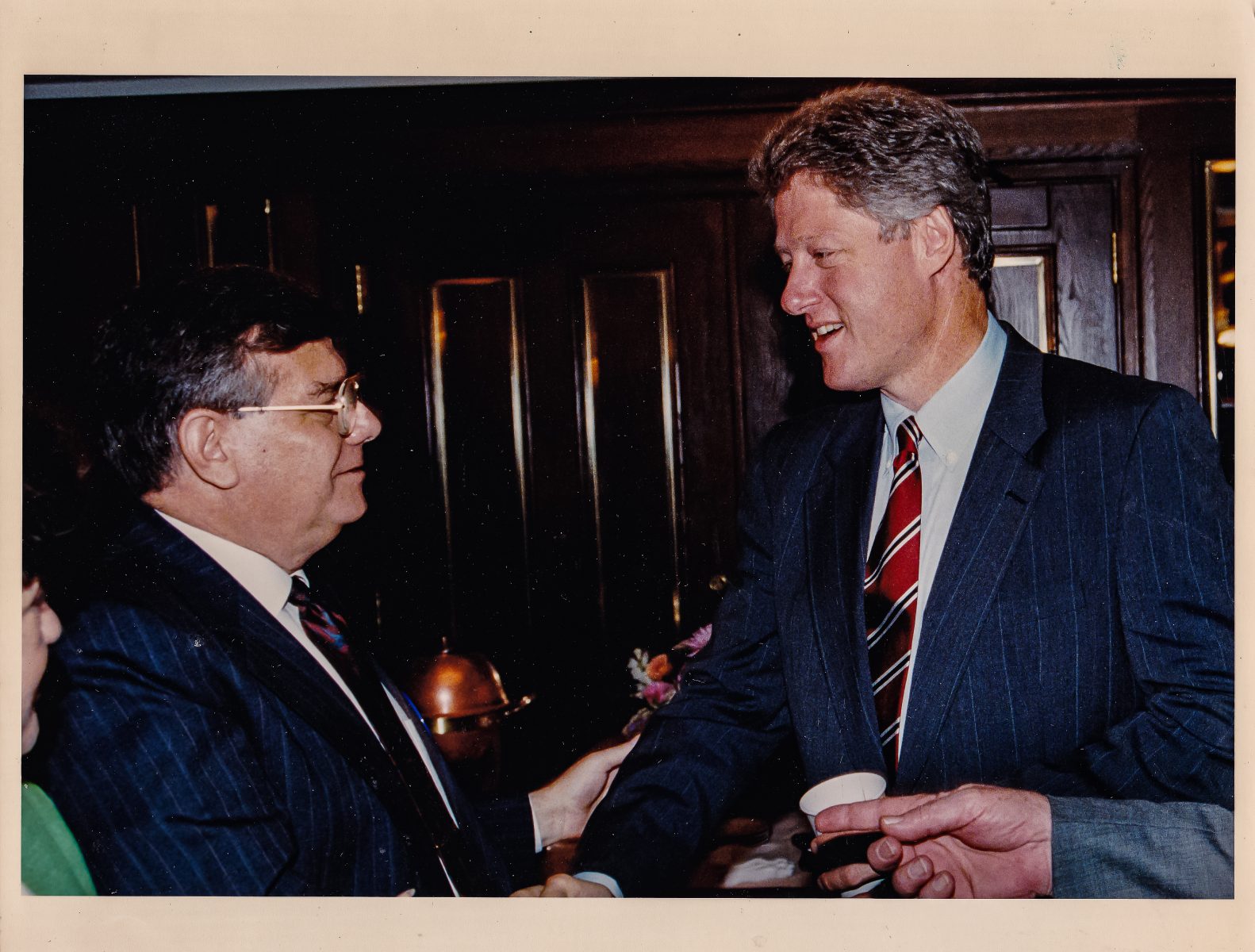 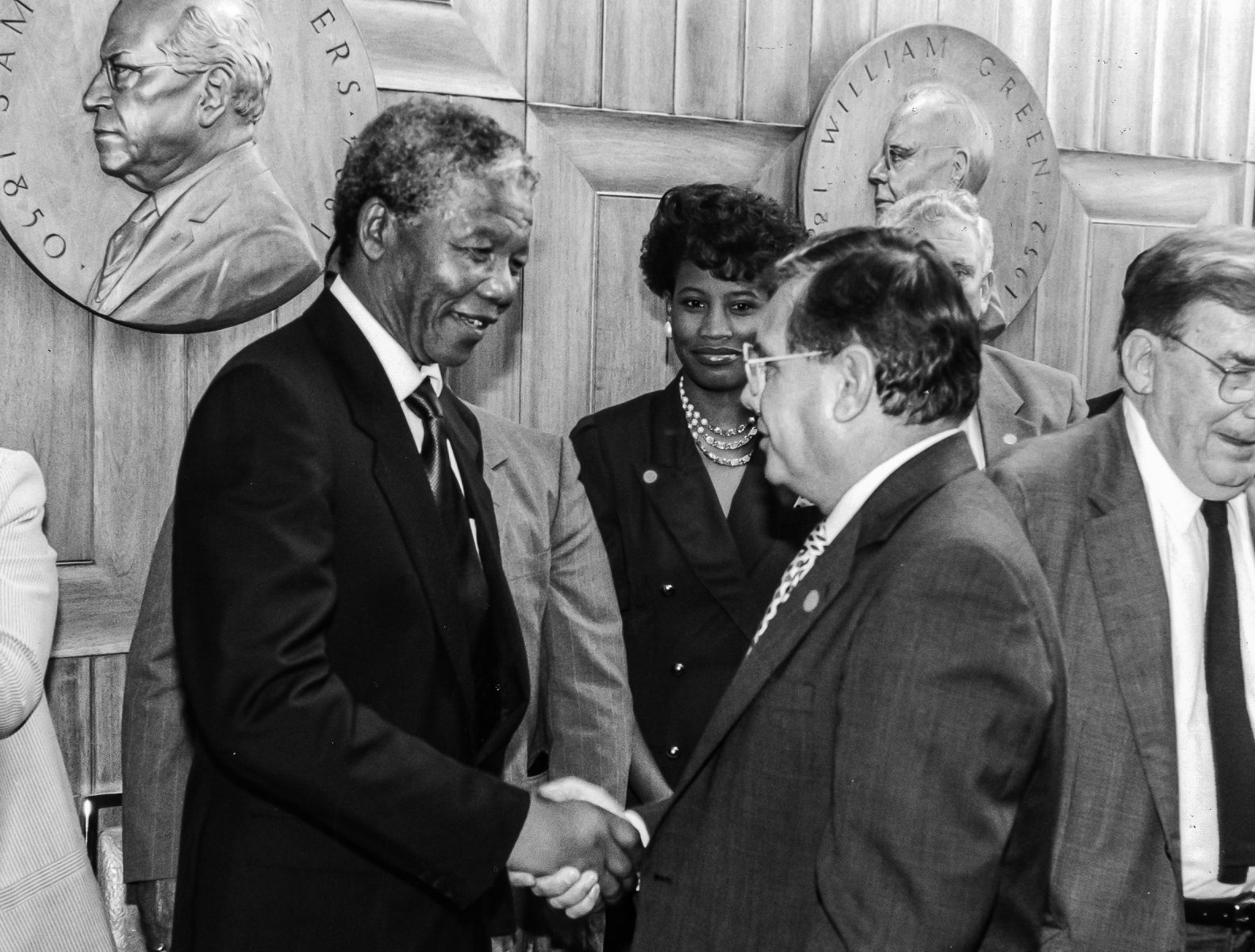 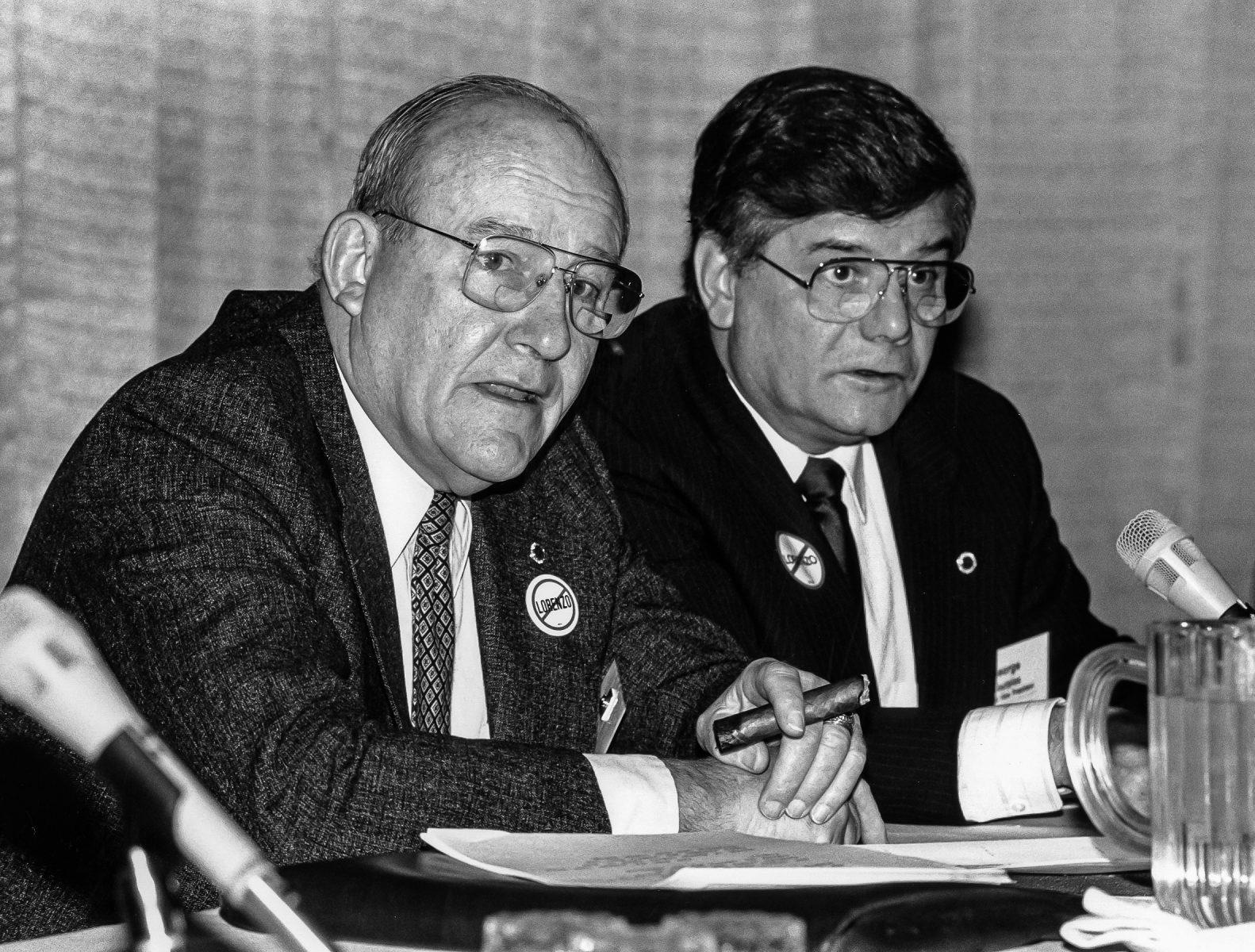 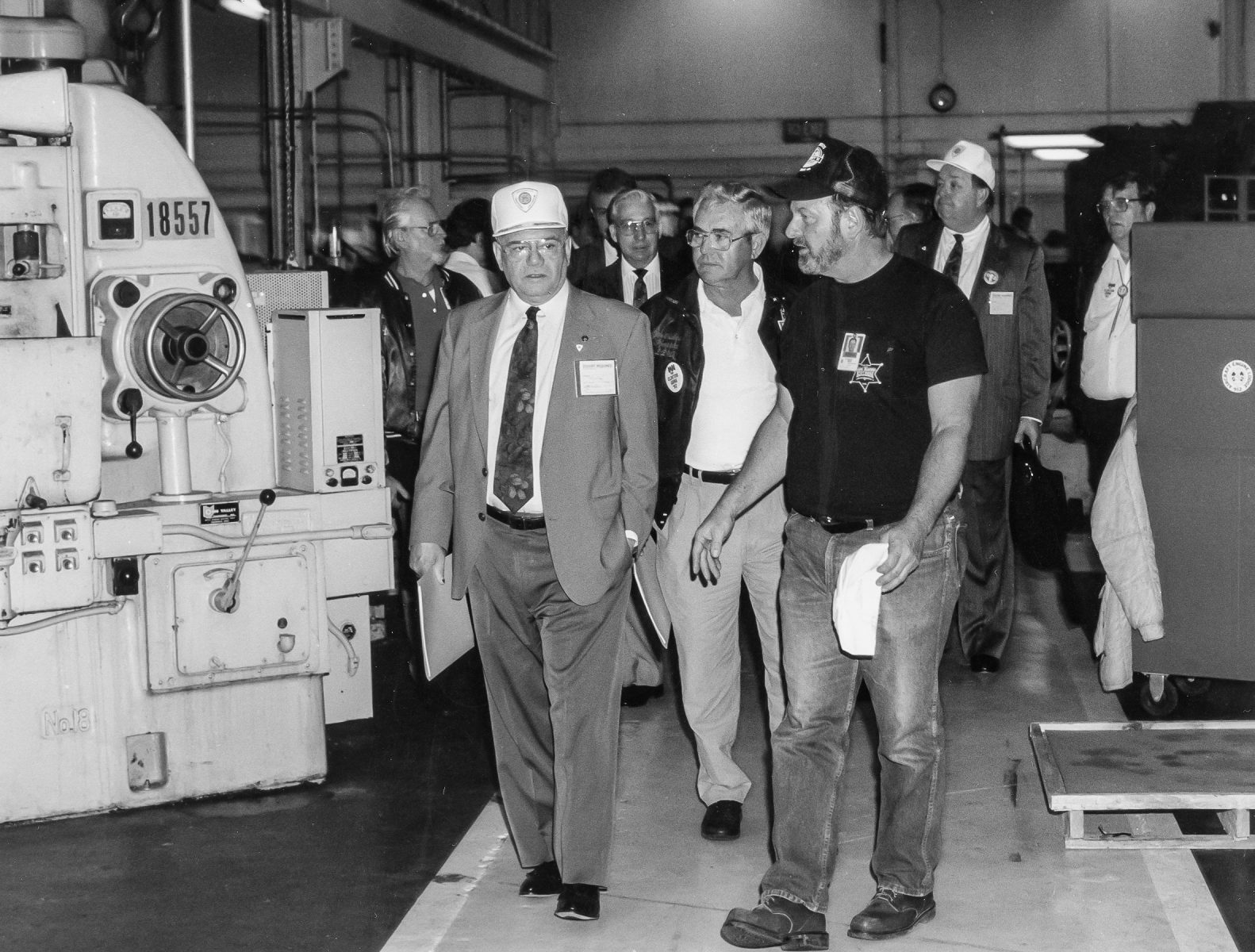 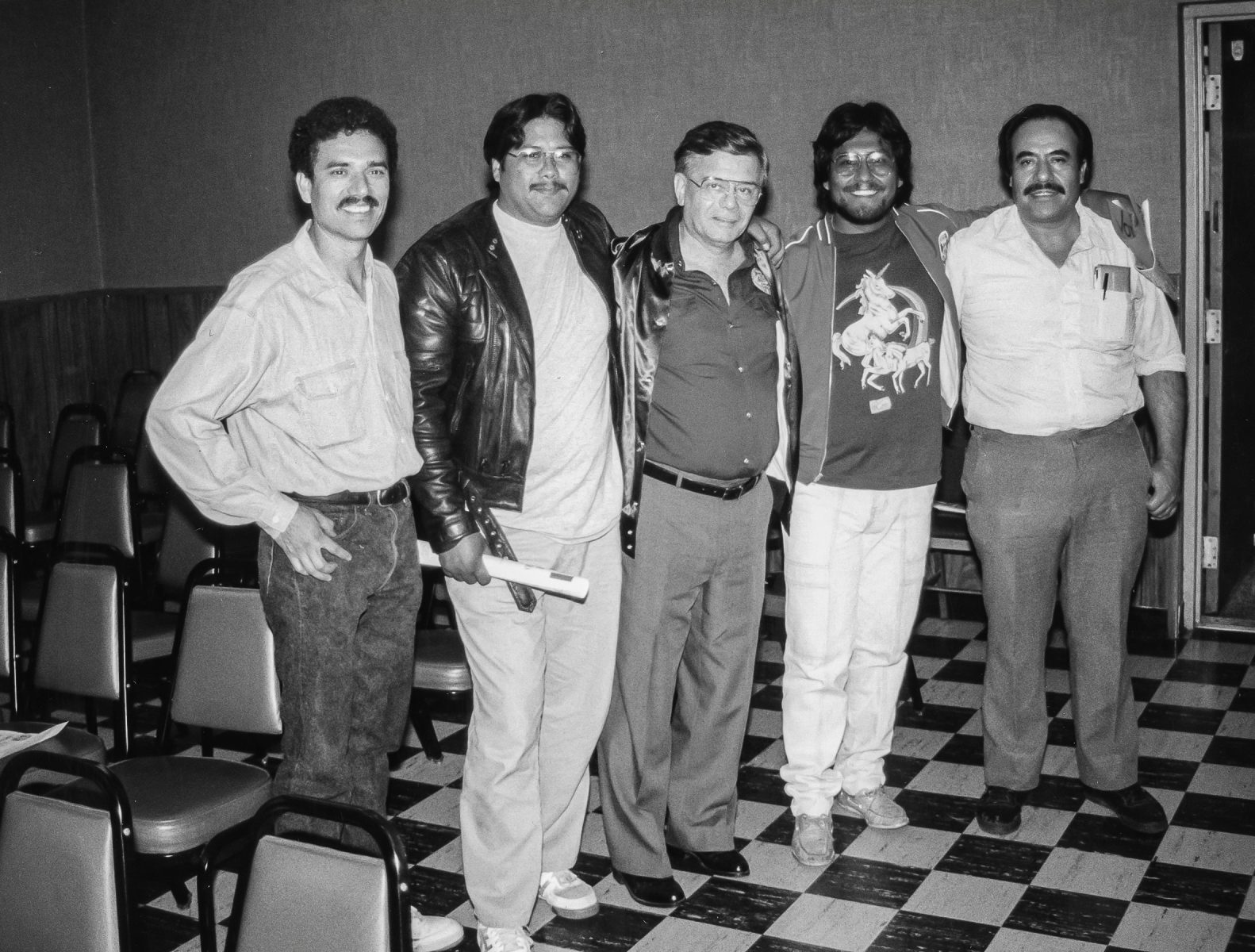 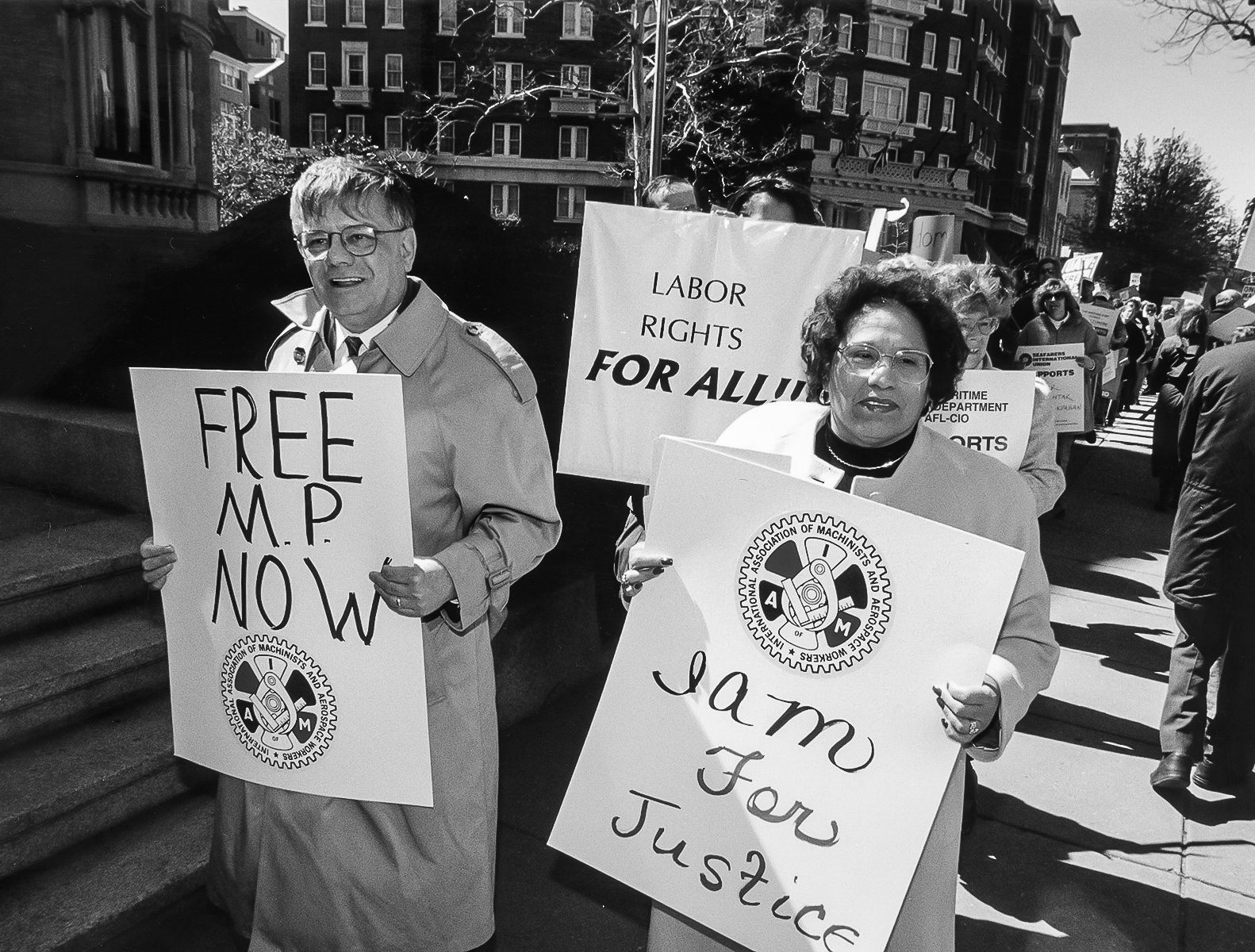