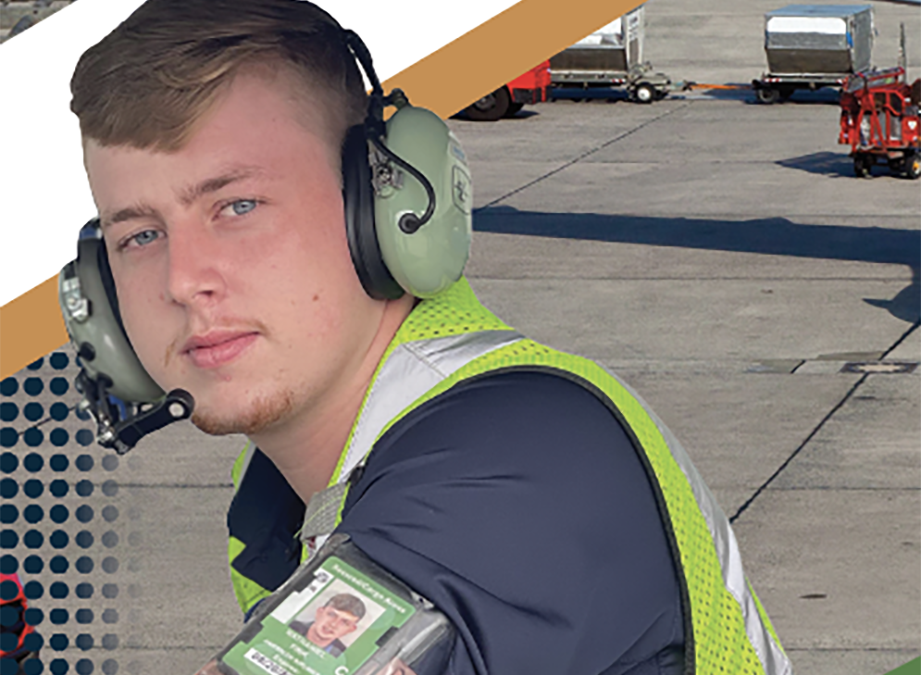 Since the onset of the COVID-19 pandemic, our lives as a country and a union have adjusted on the fly to a new way of living. Each day seems to bring a new experience as we’ve grown accustomed to having the unpredictable be the norm.

The one constant in our lives is the support Machinists have given fellow Machinists.

The IAM membership and our Political and Legislative Department immediately responded to the unprecedented global economic collapse and societal constraints by engaging in an intense lobbying effort to lead the labor movement’s quest to have the airline Payroll Support Program (PSP) included in the CARES Act.

Machinists from every territory and job classification banded together and made tens of thousands of calls and wrote thousands of letters to their Senators and Representatives, imploring them to provide relief for America’s frontline workers. Through this collective effort, the Machinists were able to have the Payroll Support Program (PSP) included in the CARES Act.

Airline employees continued to work and receive salaries and benefits along with the condition that collective bargaining agreements would be honored and carriers would not be allowed to invoke involuntary furloughs.

“I was thrilled with the passing of PSP,” said Southwest Airlines Customer Service Representative Judy Leckie. “After being with Southwest Airlines for 33 years and so close to retirement, I was devastated when I received my warning letter. Because of all the lobbying my Brothers and Sisters at the IAM did, I never missed a day of work. I am grateful to be a part of a union with members who always fight for each other.”

While many members with decades of service, like Leckie, were emotionally affected by the uncertainty of possibly not being able to retire on their own terms, there was also another group who were just beginning their careers who were in a more tenuous predicament during the outbreak of the pandemic.

“As someone newly hired by American Airlines as the pandemic took full effect last year, I have a slightly different story than most of the senior IAM members,” said Charlotte Local Lodge 1725 Fleet Service worker Nathaniel Fink. “For starters, I was in training doing the usual 40-hour per week class, and being on probation, I was uncertain if the company would terminate me and the rest of the class. That’s when I realized how important it was to be a member of the IAM.

“Our union and my reps fought around the clock to ensure that we would not be laid off and continue working part-time, added Fink. “They even worked with the company to adjust our schedules so we could work our allotted 15 hours per week over three days instead of working three hours a day over five days. This helped me a lot with my travel.”

Rail employees were granted a waiver of waiting periods for benefits and enhanced unemployment benefits under the Railroad Unemployment Insurance Act.

While securing the PSP granted much-needed economic relief for airline and rail employees through September 2020, another round of stimulus relief was needed when our air and rail sectors didn’t rebound before the CARES Act expired.

Machinists again were at the forefront of the fight on Capitol Hill. We responded and after weeks of intense lobbying, secured a clean extension of the critical PSP through March 31, 2021.

This clean extension again prohibited any airline accepting additional PSP funds from involuntarily furloughing employees for the duration of the program. It also required participating airlines to recall the tens of thousands of airline employees furloughed following the expiration of the original PSP program on September 30, 2020.

“Without my IAM Brothers and Sisters fighting relentlessly for each other and the Legislative team’s work on Capitol Hill, my family and I would have exhausted most of our savings while I waited to be recalled,” said Local Lodge 2559 American Airlines Mechanic Chuck Cox. “I, like many others in my position, were able to overcome and limit any hardships because the IAM has an army of Machinists willing to battle for one another and iron-clad contacts that protect us in good and bad times.”

The legislation mandated an extension and enhancement of unemployment benefits for railroad employees, plus an extension of waiver of the 7-day waiting period. Amtrak was also restricted from furloughing additional employees. The passenger rail carrier is also required to recall workers to their former position when rail service is restored and prevents Amtrak from contracting out the work of furloughed employees.

In March, Congress passed the American Rescue Plan Act, a $1.9 trillion bill which provided $14 billion in additional aid to the airline industry, including an extension of the Payroll Support Program (PSP). The PSP, extended for a second time since the initial passage of the CARES Act in late March 2020, mandated that as a condition of accepting tax payer funded aid, air carriers will not be permitted to lay off any workers through September 30, 2021.

“Over the last year, I had a lot of anxiety from receiving warning letters and, obviously, about my job security,” said Fink. “But through it all, I had my union fighting for me and everyone else at the IAM. I couldn’t be more appreciative of Shop Steward Allen Drennen and District Lodge 141 for everything they did for me.”

“Thanks to the efforts of IAM members and our Legislative team, we have led the fight on Capitol Hill from the beginning and made sure that the Machinists’ family will always look out for the welfare of one another,” added Chuck Cox.

The post Machinists Strength on Display for Transportation Workers appeared first on IAMAW .