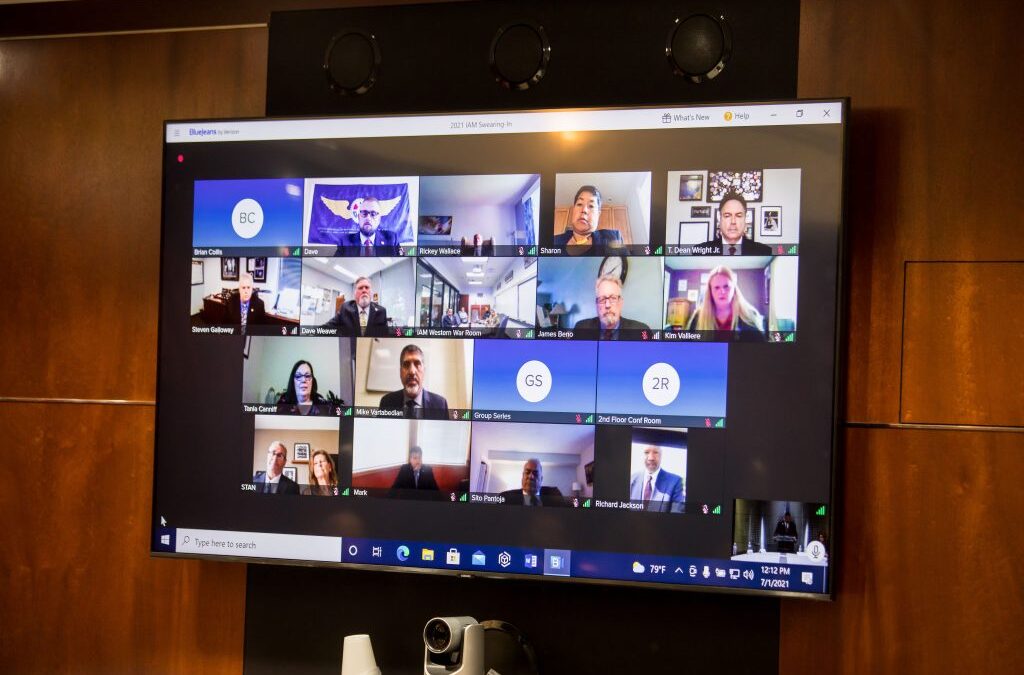 Members of the IAM Executive Council and other IAM Constitutional Officers are energized and looking toward the future as they raised their right hands and recited the oath of office today. With a focus on growing the IAM in members and bargaining power they begin a new four-year term leading the Machinists Union, as elected by the membership .

“There is nothing—no pandemic, no crisis, no politician, no employer—that will stop this union from fighting for what is just and what is right,” said IAM International President Robert Martinez Jr. “It’s an exciting time to be a Fighting Machinist, Sisters and Brothers. This union is on the rise, and each of us are blessed to be leading the way. I would also like to recognize every Machinists Union family who has been affected by COVID-19. Our union has made it through these difficult times and we are rebounding because of our essential members in the transportation, defense, healthcare and other industries. We are grateful to have them working on the front lines during the pandemic and sacrificing their own well-being for the benefit of others.”

“It is truly an honor to be re-elected to serve the Machinists Union membership,” said General Secretary-Treasurer Dora Cervantes. “I’m humbled by the support and trust our members have shown this leadership team over the years. This Executive Council will continue to work tirelessly on our membership’s behalf.”

AFL-CIO Secretary-Treasurer Liz Shuler delivered remarks, wishing the best for all the officers swearing in. The ceremony was held via video conferencing due to COVID-19 travel restrictions.

“Thank you International President Martinez, General Secretary-Treasurer Cervantes and the entire IAM leadership team,” said Shuler. “When COVID-19 hit, the Machinists did not stop. You stepped up for your members, you kept leading the way in organizing and you raised the standards for all working people. The entire labor movement is inspired by your solidarity, strength and character.”

“Congratulations to Brothers Jimmy and Stan on their well-deserved retirements,” said Martinez. “Their leadership, friendship and drive to help working people will be missed on a daily basis. On behalf of the Executive Council and the entire IAM, I thank them for their dedication to our great union and wish them and their families a long and heathy retirement.”

Along with the swearing in of the IAM Executive Council, members of the IAM Law Committee, IAM Delegates to the AFL-CIO, and the IAM Delegate to the Canadian Labour Congress were sworn in.

All were elected to serve a four-year term, expiring June 30, 2025, in accordance with Article III, Section 5 of the IAM Constitution. 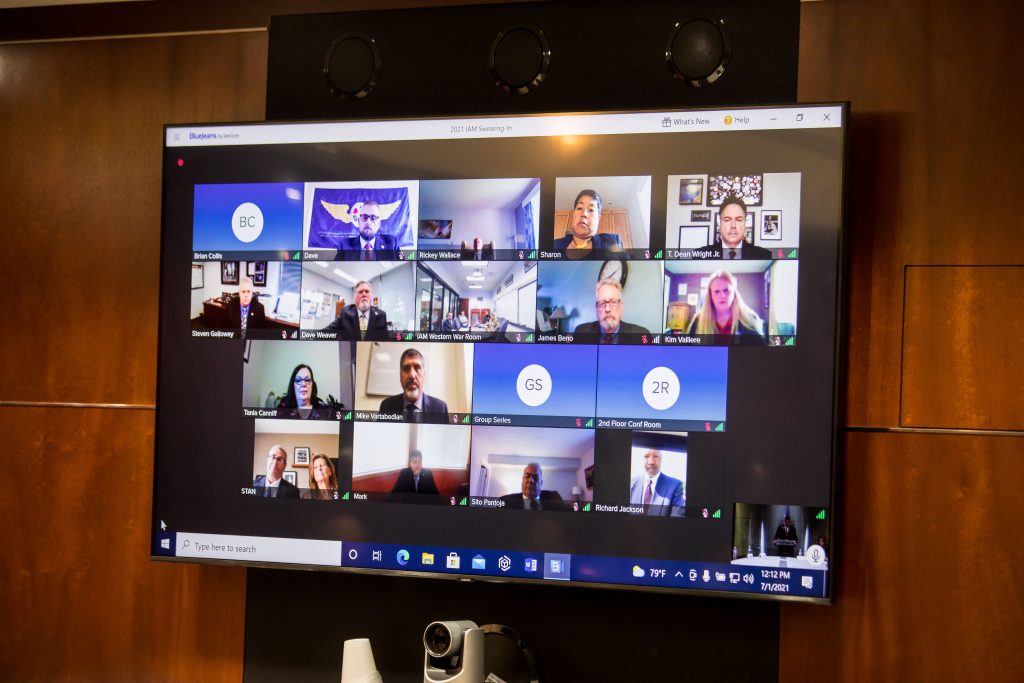 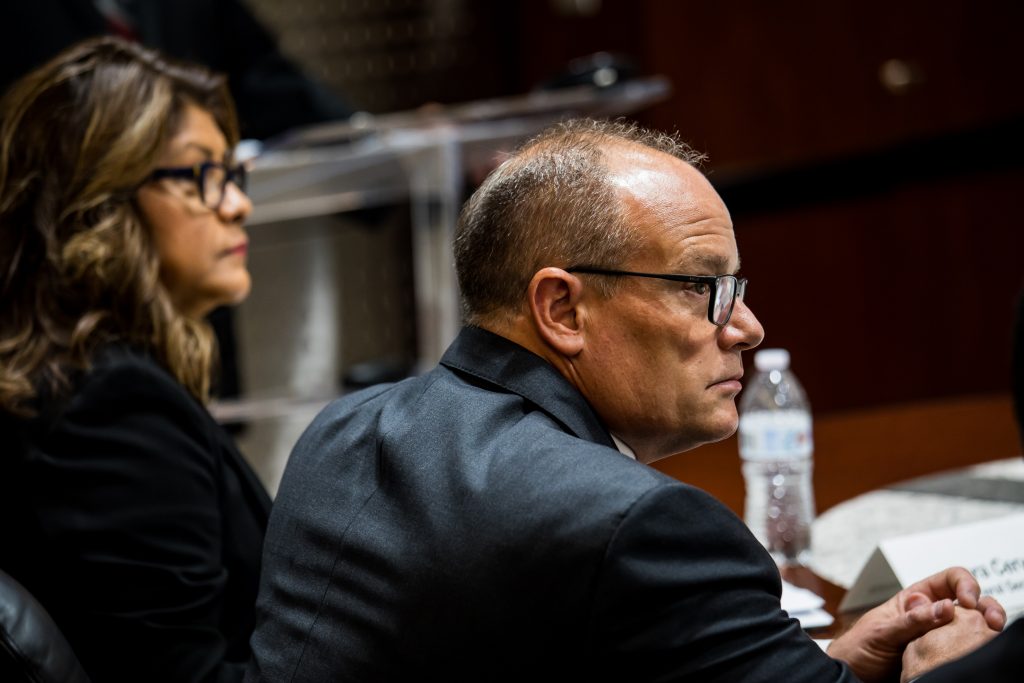 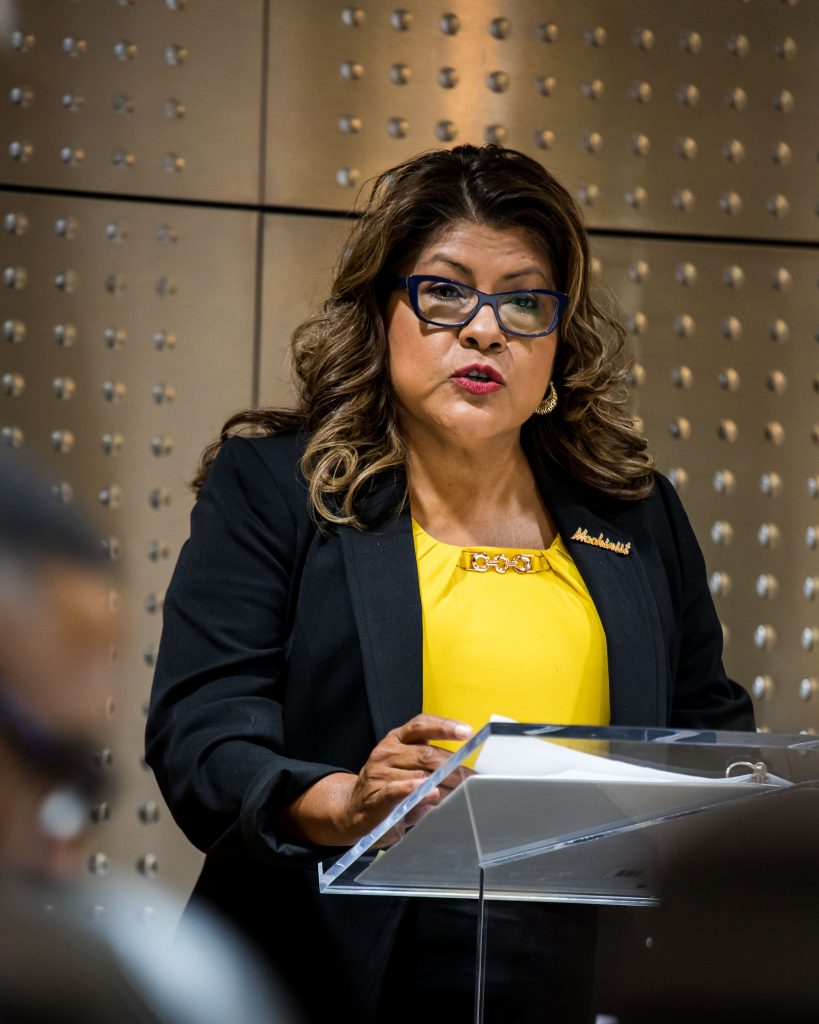 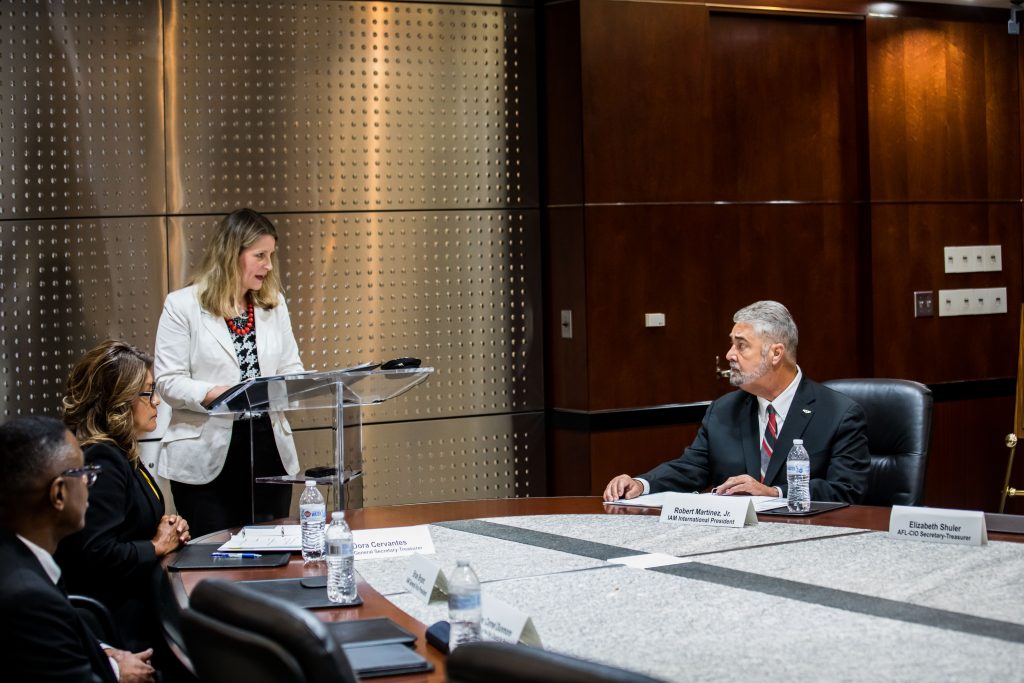 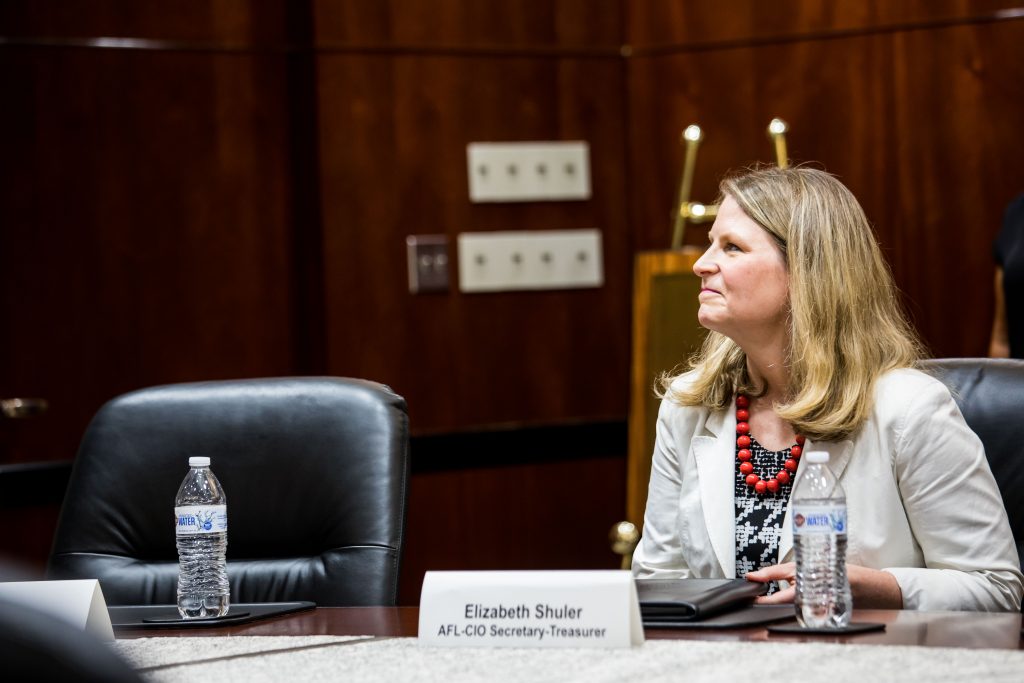 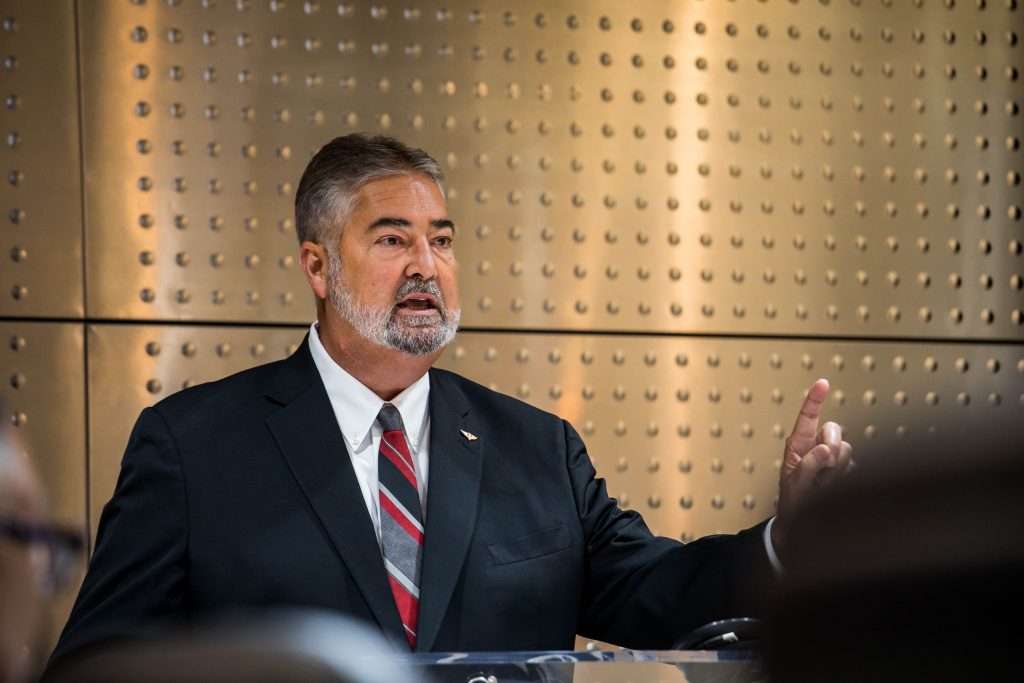 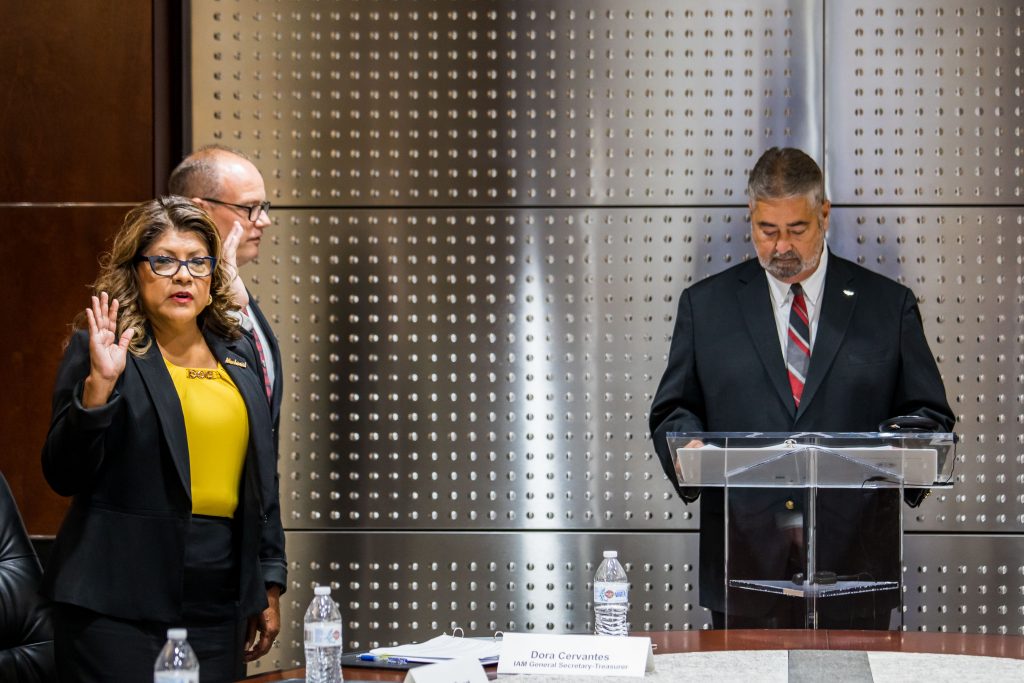 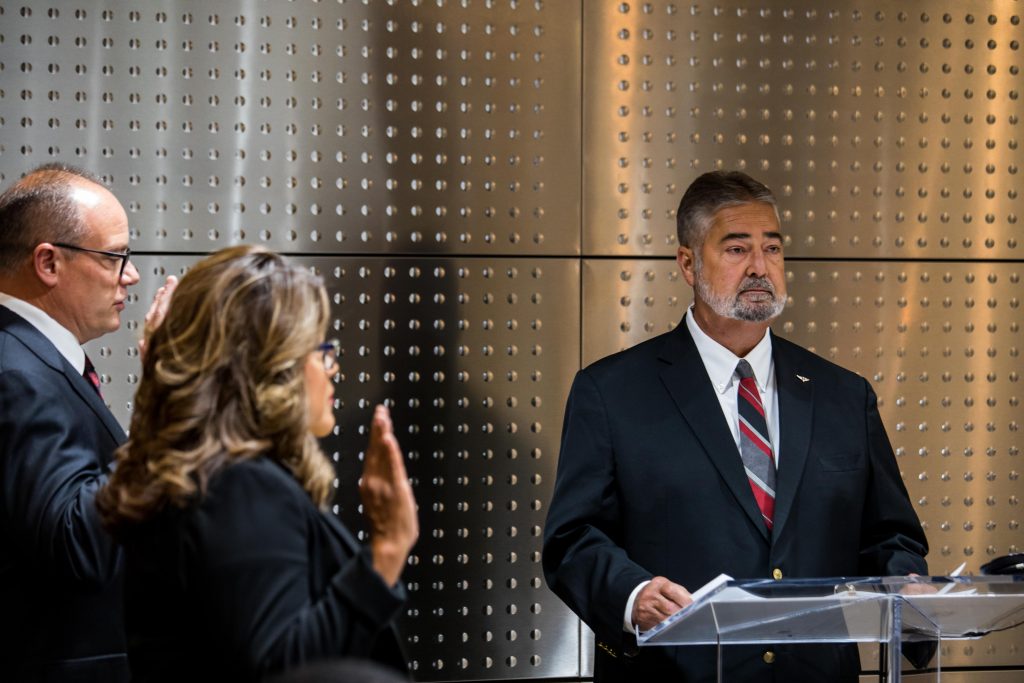