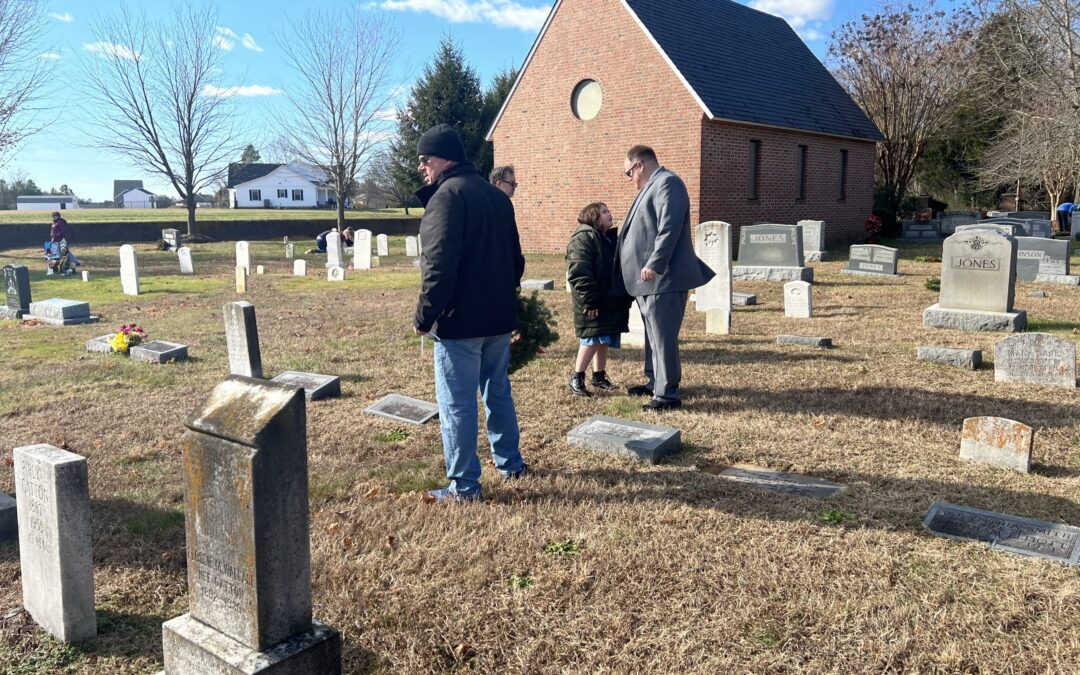 Before the holidays, military veterans from IAM Local 4 participated in Wreaths Across America Day 2022 at Joy Chapel Cemetery in Hollywood, MD.

The Hollywood United Methodist Church congregation collected donations to buy wreaths through Wreaths Across America, and community members laid them on the graves of U.S. military veterans buried in the Joy Chapel cemetery.

“I did over a hundred military funerals when I was in the Army National Guard,” said Local 4 Vice President Bob Chase, who participated in the wreath laying. “I like to hear the eulogies and learn about history through family members’ memories. It’s important to remember people, especially around the holidays.”

Hollywood United Methodist Church Pastor Matthew Tate delivered instructions and a prayer, asking that as participants lay their wreath, they say the veteran’s name and thank them for their service.

“I attended because I just thought it’d be nice to do. I’ve never done it before, and I really liked it and would do it again,” said Local 4 member Kerry Beamesdefer. “I was assigned to lay my wreath at the grave of a fellow Marine, which was meaningful for me. I hope more members from the local join us next time.”

“While not as big as Arlington or even national cemeteries, this ceremony means just as much for the members of this small community who participated, including friends and family of the veterans laid to rest at Joy Chapel Cemetery,” said IAM Veterans Services Coordinator Rich Evans.

“More than 80% of IAM Local 4 members are veterans,” said Eastern Territory General Vice President David Sullivan. “This local is very passionate about honoring the nation’s veterans and they’re always finding new ways to support veterans in the Southern Maryland community. I appreciate the effort they’ve put in to pay tribute to veterans on behalf of the IAM. They’re setting an example for us all.”